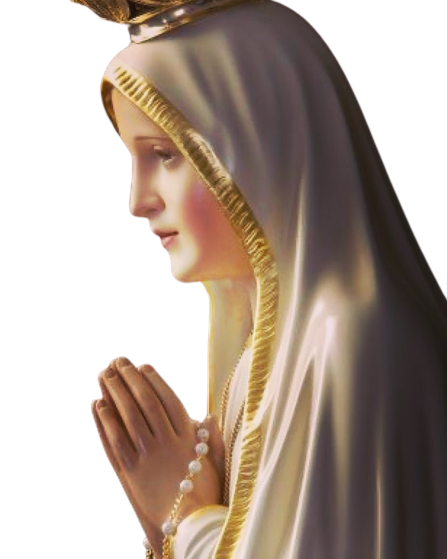 Generally we remember saints on the day of their death. We believe that after a saintly life  here on earth, they entered eternity on the  day of their death.  A happy death is  that  makes a man  blessed and the Bible warns  us not to  call anybody blessed until the moment of death.

But Mary belonged to a different class. She was blessed in life too.   ‘Blessed are you among women……’ (Lk 1:42) was the exclamation  of Elizabeth. Mary herself had  no doubt that she was a blessed person. ‘Surely from now on all generations will call me blessed’ (Lk 1:48). Mary was the masterpiece of  God the Father, says  Louis de Monfort. Sr Maria of Agreda  describes in her  famous treatise  ‘Mystical City of God’, the manner in which God conceived the  creation of  a woman for giving birth to his son and how the  Most High adorned her with all the  graces necessary to  fulfill the most  important task ever given to a human being, that of  giving birth to Jesus the  God Man.

According to Sr Maria, when God revealed his plans  for the  redemption of  mankind through Jesus and commanded that everything in the universe will be placed under the   authority of  his  son, the fallen angels led by  Lucifer had no other way  than  submitting to the divine will. Afterall, Jesus was  himself God and   Satan found  no reason except his pride  that would prevent him from  submitting to the  authority of Jesus. But when  God  stated that   he was  going to  create a woman to be the mother of  Jesus and that  this woman would be   free from the stains of all sins and that  even angels will be  inferior in status to her, Lucifer revolted by  questioning  its logic. How can  God create someone  who is superior to angels, of whom, though fallen, he was one? From that moment onwards, he nursed  a horrific hatred against the Mother of God. With God’s declaration of  an everlasting  enmity between the devil and Mary,  all diabolic forces joined together to  attack Mary, and  it continues even today. But  God, in his  infinite wisdom, preserved  Mary from all the snares of the  devil, though she was  permitted to be  tempted like any other human being. This permission was  more precious to  Satan than the permission to  tempt all other  human beings. Such was the extent of his  hatred towards this special woman.

Mary was special, her birth was special and the virtues that adorned her  were also special.  We mortals can but wonder how such a person ever  lived on this earth. For us,  the time  between our birth and death is the period to be used to  secure a place in eternity in the fellowship of saints and angels. For Mary, conceived without sin, her destiny was but a natural progression  from birth  to life and then to death. When we call her ‘queen of  angels’ we know that  she was created to be their queen.

Apart from Jesus, Mary and John the Baptist are  the other persons who are  celebrated on the day of  their  birth.  John the Baptist was  sanctified in his mother’s womb. As the Scripture testifies, Mary was instrumental in  John getting this anointing, because it was with her greeting that  she was filled with  the Holy Spirit. As for   Mary, her birth heralded the new dawn of redemption through her son. She is indeed the  ‘Morning Star’   who was born in  heaven, lived on earth and  returned to  heaven.

Powerful Prayer To The Three Archangels

ALONE WITH GOD…Prayer for a Visit to the Blessed Sacrament