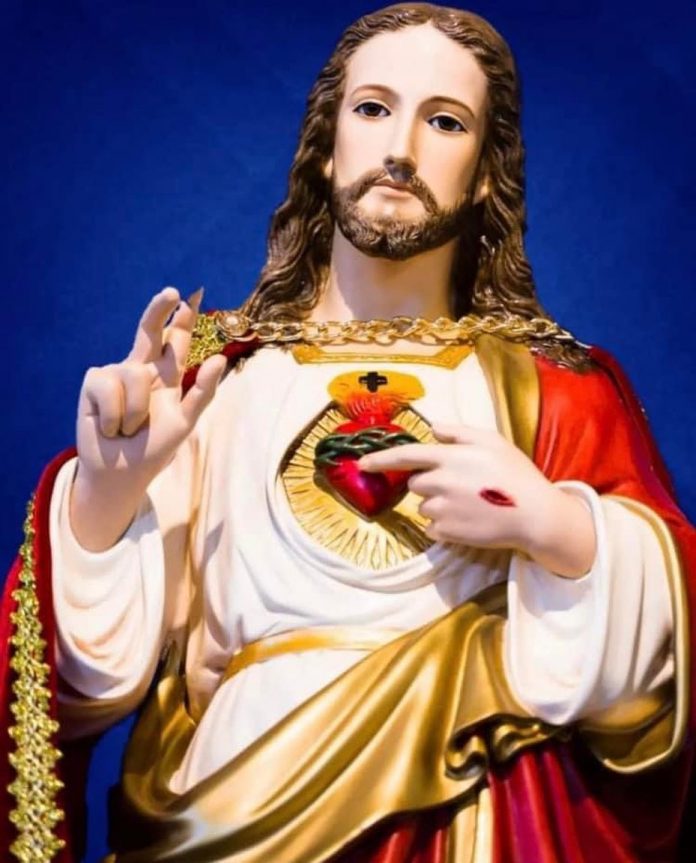 How do miracles happen? Obviously  every miracle is a special work performed by the merciful God for us. But when we  go deep into it we  can find that  there are certain things  that  act as catalysts or rather prime movers for miracles. Broadly we can  classify them into two;  faith and obedience. The role of faith behind miracles is   well documented and we do  not need any  evidence for it because the Scripture is replete with  instances  of the merciful  God  performing   miracles  seeing  the  faith of the people.

But the  other aspect viz. obedience is generally  ignored. True, we value obedience as an essential virtue, we practice it and  we uphold its  value before God. But have we  ever given our thoughts to  obedience as something that compels  God to perform  miracles?

At  Cana the  process of  converting water into wine commenced at the moment when the servants  obeyed the  words of  Jesus to ‘fill the jars with water’ (Jn 2:7). The man at Bethzatha was  eager to  get  well, and Jesus was equally  eager to heal him. But the miracle happened when  the paralytic obeyed Jesus; ‘Stand up, take your mat and walk’ (Jn 5:8).  For a man who was  confined to the  bed for thirty eight years, there were compelling reasons to  doubt these words. Jesus could have  healed him by  a mere touch or glance or  a ‘get well’ command. But instead  Jesus demanded an apparently impossible thing from the paralyzed person. And the miracle happened  when he  obeyed the  words of Jesus and tried to stand up.

When Jesus multiplied the bread, he knew beforehand  that  he was going to do  it (Jn 6:6).  Yet he said to the disciples; ‘Make the people sit down’ (Jn 6:10). They obeyed and  the miracle followed. When Jesus healed a man who was blind from birth, the actual miracle happened when  he obeyed the words of Jesus  to get himself washed in the pool of Siloam (Jn 9:7). Lazarus was  risen from the  dead by the powerful  word of Jesus; “Lazarus, come out!” (Jn 11:43). But before that   his sisters had to  obey what Jesus instructed  them; ‘Take away the stone’ (Jn 11:39). Jesus demanded  obedience as a precondition  to  raise even  his closest friend!

The   obedience of  ten lepers stands out. When they prayed for healing. Jesus does not  immediately heal them. Instead  he tells them to  ‘go and  show themselves to the priests’ (Lk 17:14). For  anyone who  knew the    cleansing rituals  demanded from a Jewish leper, Jesus’ words  were  strange. Because  for a leper, presenting   himself before the  priests was  the last step after  getting cured of  leprosy. Here  Jesus is  telling them to go to the   priests even before they were healed. Their obedience  was  blind  and it was   rewarded not at the  end but on the way. The Scripture says that they were made clean as they went.

Peter, John  and other disciples were returning  with  empty  hands after a night’s  toil in the  sea. Jesus knew that  they were  returning   disappointed. But  he was  ready to  help them. ‘He  said to them; “Cast the  net to the right side of the boat, and you will find some’’ (Jn 21:6). They obeyed  and found not  just some fish,  but an unbelievably big catch of  fish filled their net in no time.

Do you want to see miracles in your life? Just obey what Jesus says. If he  did his first  miracle when  servants were ready to obey his  words, he is ever ready to  do miracles in our  life too. Thus says the Lord; ‘If you are  willing and obedient, you shall  eat  the  good of the land’ (Isa 1:19).

Abraham was willing and obedient to the  core. When the Lord told him to  leave  his native place and proceed to an unknown place, he  had no hesitation to  obey. ‘Go from your country and your kindred  and your father’s house to the land that I will show you’ (Gen 12:1). In return  it was promised  that  ‘God will make of  Abraham a great nation, and will bless him, and make  his  name  great so that he will be a blessing.’ What bigger miracle can we  expect  from  a man  than becoming the father of a  great  nation at the age of hundred!

The cornerstone of Christian faith is the belief in the risen Lord.  It is before the  name of Jesus Christ  that  ‘every knee should bend, in heaven and on earth and under the earth’ (Phil 2:10).  Jesus earned this  exalted name through his obedience, says the Scripture. ‘He humbled himself and became obedient to the  point of death- even death on a cross. Therefore God also highly exalted him and gave  him the name  that is above every name’ (Phil 2:8-9).  Starting from the miraculous healing  of the crippled beggar  at the  temple gate (Acts 3: 1-8)  all miracles till date are performed in this mighty and exalted name of  Jesus, who himself earned it  through obedience.  Let us also follow Jesus in obedience and  wait patiently for miracles to happen in our life.

Prayer To Our Lady Of Fatima For Help With Problems

The Promises of Jesus to those who Pray the Chaplet