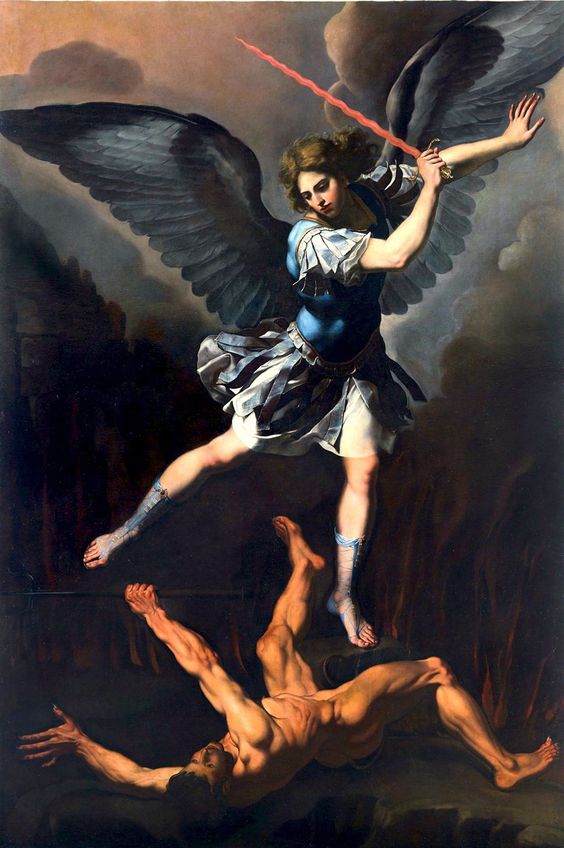 The venue: Garden of Eden, the  most  beautiful of places that God created

Time: Sometime  after creation but immediately  before the  Fall

Villain : No doubt, the  ancient serpent.

We are familiar  with  what happened in  the  Garden of Eden.  The serpent   tempted  Eve to  eat the  forbidden  fruit. Eve, in turn, gave it  to  Adam also and through them  sin  entered into the  DNA of  every human being.

What we overlook in this narration is the  sequence of  incidents that happened in the Garden of Eden.  Was  the temptation an instantaneous one?  Satan had been  scheming  a  credible plot to  trap Adam and Eve for long. So  for him, it was a pre- meditated act, and there was  not an element of  surprise or  unexpectedness in his  action.

But from Eve’s  point of  view, she never suspected anything till the moment  the serpent  approached  her with  an irresistible offer. We cannot  infer that, in the  absence of a temptation,  Eve was  inclined to  sin. For her, and also for Adam, the temptation was something unexpected, something instantaneous. They were not prepared to  face it  when it happened.  As a result  they  fell for the  lies of  Satan.

But, did it happen all of a sudden? It is difficult to believe so. Let us see what the  Book of Genesis says about  the happenings in  the  Garden of  Eden.  We read that  the serpent  was more crafty  than any other wild animal that the Lord God had made (Gen 3:1). This is  perhaps the  most important   aspect to  begin with.  The tempter is  always craftier than his victims.  It has been so since the  first  temptation  and it will be  so through the final temptation  that  we  have to  fight.

Now the serpent enters the scene with a seemingly innocuous question addressed to  Eve. “Did God say, ‘You shall not eat from any tree in the garden’?” Eve was not surprised at it  because it was such a  casual  question. Would you be  surprised if somebody  visits  your farm and enquires about  the  fruits and  vegetables produced there?

So it was the first step. Just a  casual enquiry about the state of things there.  Eve was honest to the point that  she  revealed the  truth. God  had granted them permission to  enjoy the  fruits of all the trees barring one; the  tree of  the knowledge of good and evil. She reminded the serpent about the  warning of God that  if they ate of it  they should die. Eve was  very much concerned about the  consequences of  eating the  forbidden fruit, to the  extent that   she  made it a point  not even to   touch the tree.   We know that God’s warning was about eating the fruit only, and  nothing was  mentioned about the  ‘side effects’ of  touching it. Yet  Adam and Eve, as a  measure of  abundant  precaution avoided touching  the  tree.

Step two: The serpent  convinces Eve by telling that  they were not going to  die by simply eating  a  fruit. After all, all other  fruits were    allowed to them.  God is not such a  cruel person to deny  His children the   enjoyment  of one particular fruit.  The serpent revealed  to Eve the  hidden benefits of  eating  this particular fruit.  Their eyes will be opened and  they will be like God, knowing good and evil.

Step three: Then a thought  comes to Eve’s mind. Why don’t we take a chance? If it works, they are  going to be like God. They will get ‘immunity’ from the  weaknesses and  shortcomings inherent in  human  nature. They will be elevated to a  higher realm where they will be gods. The  offer was  really attractive and irresistible.

Step four: Eve starts to experience a  feeling that was hitherto  unknown to her. She ‘saw that the tree was  good for food,and that it was a delight to the  eyes, and that the tree was to be desired  to make one wise’ (Gen 3:6). Till that moment she was  seeing this  tree as something to  be  afraid of, something that  should not even be  touched! Then what  made the  difference? It was the  powerful  exhortation of the  tempter, laced  with the  ‘benefits’ of   receiving  an unnecessary, unwarranted and  harmful prescription. On his part, he knew  that  his  prescription was   a sure  failure! But  then, his  intention was  not the  wellbeing of Eve and Adam!  When you hear somebody saying too many  good words about something, be careful. He is trying to sell you something that is harmful to you. To distinguish the good from  evil  what we need is discernment. There are  no  shortcuts to escape evil.

This is why Jesus reminds us to be ‘as  wise as serpents and innocent as  doves.’ Eve, like many of us, was  innocent. But  like most of us, she was not wise either.  Wisdom is one thing that  is becoming dearer these days,and as  the Scripture says, blessed are they  who find  her.

Step five : Eve actually  eats the  forbidden fruit without  consulting anybody. She could have  taken a second opinion  from her  husband before accepting the   harmful prescription of  the serpent.  She could have waited a little more, because  ‘the Lord God  was coming  to the  garden at the  time of  the evening breeze’. She  could have  asked the  counsel of the Most High. But none of these options  seems to have  come to Eve’s mind at that time.

Step six: Eve gives the fruit to   her husband as well and  he also eats it. He could have  asked  Eve what exactly transpired between her and the  serpent during the  short  period  when he was  absent from the  scene. He could have  refused to  eat it. He could have  waited for God’s arrival at the time of evening breeze.  But nothing happened.  Eve gave

and  Adam accepted, Eve ate and  so did Adam.

Next few verses are about the  consequences of eating the   forbidden fruit. Their eyes were  opened, but contrary to their expectation they found themselves to be  naked.  They  hid themselves from the presence of the Lord. Then  comes the most unpleasant part of the   story. Adam and Eve were expelled from the   Garden.  We will skip the  details and instead return to   step six.

We can see that  at step five, the  actions of   Eve reach a point from which return was impossible.  Similarly  at step six, Adam also  commits the  irreversible mistake  of  eating the   forbidden fruit. Now they have  nothing   but the  wrath of God to expect. What  is it that differentiates the first four steps  from the   last two? As long as   they were in the  first four  stages, they could say ‘no’ at any time.  They were endowed with free will, the most precious gift  God gave them. But the moment  they crossed this  threshold, there was no looking back,  there was no going back because  they took the  decision to  go against  God’s word by misusing their free will.

This is how Satan works. It is  not his  habit to  make  someone  commit an offense or crime all of  a sudden. He is like a  farmer,  who sows the  seeds, water it  and waits patiently for the harvest. First he  sows the  seeds in the  form of   temptation, which often  looks  like virtues.  Then he  arranges  the circumstances  required for the  seed of  sin to produce its fruit, which is nothing but death.

So never think that  you are doomed with  the  intake of the first dose of  temptation. It is  the test dose with which  the devil tries to gauge  your  natural immunity to   resist sin.  Never be  disheartened even if you have received the  second dose of  devil’s poisonous  prescription. Return to  God our  Lord and the  antivenom is  available with our Savior to cure you.  Pray for the  Holy and  Precious Blood of  Jesus our Savior to be sprinkled on you so as to  save you from all the  ill effects  of  the sugar coated  poison of the  devil  that you  received knowingly or unknowingly.

But  when  the  tempter  comes to  you  with  booster doses of  temptation with attractive offers attached, use your  discernment, the lack of which was the reason behind man’s fall. Also, remember that  at this stage, you are standing at the precipice of  committing a sin.  Another step, and  you are doomed.  Once  you  are at this stage, be vigilant, be on your guard, be cautious,  and  be doubtful of everything   the tempter  offers.

Our  immunity against sin is derived  from a singular source that we  call the  grace of God. We can augment this immunity by living a  sacramental life and  thus being in a state of grace at all times.  As such,why should we  go for  forbidden fruits in the misguided hope of  overcoming   human weaknesses?  With  the  first two doses of temptation, any   man  or woman of  sound   mind could  have  anticipated what  the intention of the   devil is.  Third and fourth steps are    preparing  our  conscience  -voluntarily or involuntarily –  to  cross the  good-evil barrier and  shape   our mindset to  take the ultimate plunge into  perdition.

Enough is  enough. Say  ‘no’ to the devil and  his minions who  are engaged in a fierce battle to  capture your soul. Always remind yourself that  the devil   injects his venom not in a single dose, but in installments. With every dose, he is  a step closer to  conquering you. We do not  know  how many steps are in  store for you and me. Eve had  the free will to say ‘no’ until before she reached step five. With the fast pace of  life as we  see today, never think that  we will  get that  many chances.

So be careful, because we are living among  wolves, and only a good amount of  wisdom will keep us  safe. This is not the  time to doze. This is the time to be watchful about the doses with which the devil plans to  enslave you.

Let us pray for the  protection of   St Michael the Archangel in  this battle.

St. Michael the Archangel, defend us in battle.

Be our defense against the wickedness and snares of the Devil.

May God rebuke him, we humbly pray, and do thou,

O Prince of the heavenly hosts, by the power of God,

Thrust into hell Satan, and all the evil spirits,

Who prowl about the world seeking the ruin of souls. Amen.

To consecrate your children to Jesus Christ