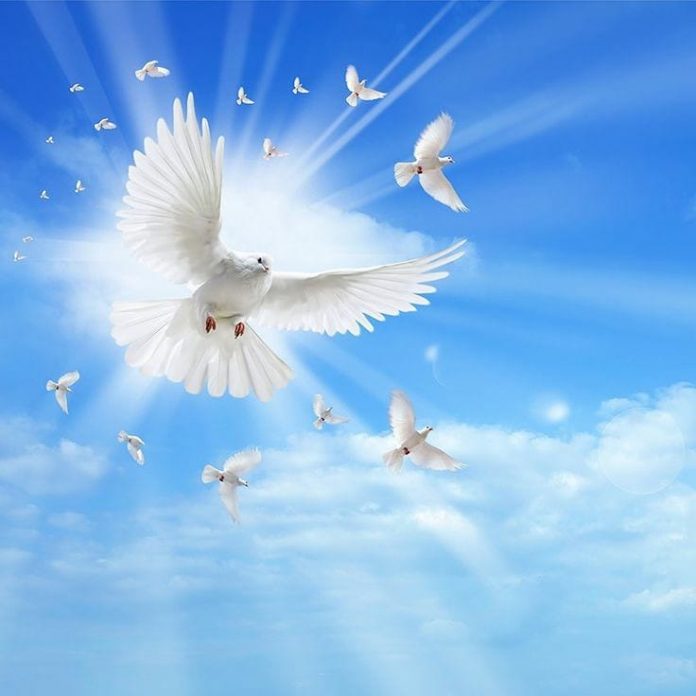 Pentecost was the  end of an era. It was also the beginning of another era. First Pentecost was the fulfillment of  the prophecy of Joel as well as the fruition of the  promise of our Lord. We  celebrate its memory every year but conveniently forget that it is not a feast to be forgotten the  next day. A lukewarm Church which is ‘neither hot nor cold’( Rev 3:16) is the result of such a  faulty thinking. This lukewarm church is just the opposite of what Jesus wanted his Church to be.

As for the disciples, it was a different experience. They kept the  anointing that  they  received on the  day of Pentecost for the rest of their  life. What happens after Pentecost is as important as  what happened on  Pentecost. Jesus had told them about the  Holy Spirit  who was going to   transform their  lives. Those who were filled with the Spirit traveled through the roads that  the Spirit  showed them.  ‘The wind blows where it chooses, and you hear the sound of it but you do not know where it comes from or where it goes.  So it is with everyone who is born of the Spirit’ (Jn 3:8).

Philip was instructed to take  the wilderness road that  went down from Jerusalem to Gaza (Acts 8:26). Once his mission for the  eunuch was  accomplished, ‘the spirit of the Lord snatched  Philip away and he found himself at Azotus’, a distant place. It was not uncommon for certain  prophets to be moved from one place to another   by the Spirit. For Elijah it was a regular experience.  Obadiah was reluctant to  tell King Ahab that  he saw Elijah on the way. The reason in Obadiah’s own words: ‘As soon as I  have gone from you, the Spirit of the Lord will carry  you I know not where…’ (1 Kings 18:12). It is not only about the  anointing of  Elijah but  about the  faith of Obadiah too! He believed that it was  possible for the Holy Spirit to physically carry persons from one location to  another.

Unlike Philip, Saul started his  journey to Damascus without  any  instructions from  the Spirit. Though the  hand of God   touched him in the form of lightning, he was permitted to continue  his  journey to the  scheduled destination, but  its purpose changed.

The experience of Ananias was a little different.  The Holy Spirit instructed him to go to Saul ‘who has seen in  a  vision a man named Ananias come in and  lay his hands on him so that he might regain his sight’ (Acts 9:12). He obeyed and  went to Saul. He laid his hands on Saul. Immediately something like scales  fell from his eyes and his sight was restored’(Acts 9: 17-18).

We know persons  who disobey the counsel of the  Holy Spirit. Perhaps Jonah is the best example. He had to be in the belly of a fish for  three days and three nights.

Rebellion against the   wisdom of  the Holy Spirit runs parallel with  human history. Stephen says; ‘You  stiff-necked people, uncircumcised in heart and ears, you are forever opposing the  Holy Spirit, just as your ancestors used to do’ (Acts 7:51).

Peter  and other apostles  had the privilege of   being  guided by the  Spirit. Once the  Holy Spirit sent Peter to Cornelius in Caesarea, and it was the  beginning of a new  chapter in evangelizing the Gentiles.

It was the Holy Spirit who compelled Paul to go to Jerusalem (Acts 20:22). The Spirit used a prophet  named Agabus to  reveal  to Paul what to  expect  at Jerusalem. ‘He came to us and took Paul’s belt, bound his own feet and  hands  with it, and said, “Thus says the Holy Spirit, ‘This is the way the Jews in Jerusalem will bind the man who owns this belt and will hand him over to  the Gentiles’ ( Acts 21:11).

As a ‘young lad’, Daniel had no business to intervene when  a woman was  being led off to  execution. But ‘God stirred up the holy spirit of Daniel’ to  rescue Susanna from death.  The Holy Spirit equipped  Daniel with the wisdom to  speak about ‘sin and righteousness and judgment’ to a crowd who passed a wrong judgment against an innocent person.

There is another dimension  to what  we  see, hear and feel. It is the realm of the Spirit. Earthly men will never understand the mystery of being carried away by the Spirit,or being  moved and controlled by the Spirit. It is the privilege of those who are eager to  listen to the  words of the  Spirit. Isaiah says; ‘ When you turn to the right or when you turn to the left, your ears shall hear a word behind you, saying, ”This is the way; walk in it” ( Isaiah 30:21). This Word will be fulfilled in our lives too, provided we have the patience to  listen to what the Holy Spirit has to tell us. And for us,  it is the  only thing to  do after the Pentecost. Wait patiently to hear the voice of the  Holy Spirit!

Let us pray; ‘Speak, Holy Spirit, for your servant is  listening’

Litany Of The Immaculate Heart Of Mary

An Act of Spiritual Communion

DEDICATION OF A FAMILY TO MARY by St. Alphonsus Liguori