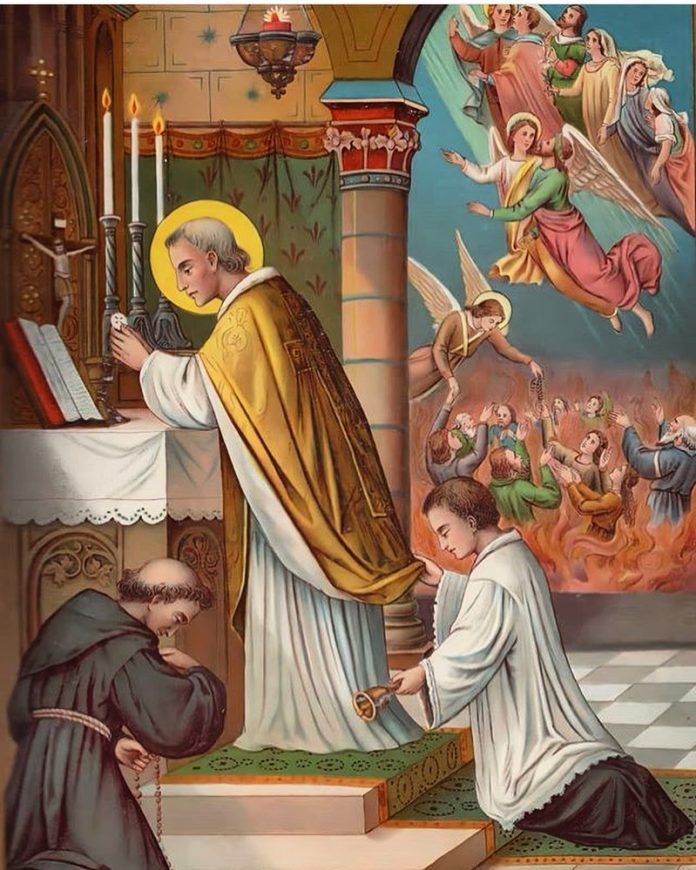 At the Mount of Transfiguration the disciples saw Jesus, Elijah and Moses   in conversation.    ’And he was transfigured before them, and his clothes became dazzling white, such as no one on earth could bleach them. And there appeared to  them Elijah with Moses who were talking with Jesus’ (Mk 9:2-4). Matthew also gives a similar narration of what happened  there. But it is Luke who gives an idea about  the subject of their conversation. ‘They appeared in glory and were speaking of his departure, which he was about to accomplish at Jerusalem’ (Lk 9:31).

The greatest gift that  we received as a result of this historic ‘departure of  Jesus’ at Jerusalem was  the Holy Eucharist. Jesus was unequivocal in telling us that this heavenly bread – the bread of life – was nothing but his own flesh.  Before the   comprehensive  sermon about the Holy Eucharist, what we  read in John’s gospel (ch. 6) are two miracles that  Jesus performed. Of them the first was feeding the five thousand with  five barley  loaves and two fish. Second one was Jesus walking on the water. With these two miracles, Jesus was trying to  tell us that the works of  his  glory  go beyond natural laws.  The water that became wine at the wedding at Cana was also Jesus’ way of telling that everything  in this  universe, even inanimate things,  will obey  his words. When such a person says that  he is  voluntarily offering his own  flesh and blood as food and drink for us, doubting it is tantamount to  denying the  very divinity of  Jesus.

As we have seen, Jesus, Elijah, and Moses were discussing  the Paschal mysteries that were to be   accomplished in the days ahead. It is  not surprising that God the Father sent two persons who had first hand experience about  the  ‘bread from heaven’ to meet his  son who was to  become the true bread of life in  a few days. Moses fed his people in the  desert with the bread from heaven for forty years. At the  end of it they  entered the promised land. Similarly Elijah endured the hardships of an arduous journey through the wilderness to  reach the  mount of God in the strength of  a cake baked  on hot stones  and sent through an angel of God (1 Kings 19:7-8) .

For us too, there is only  one thing –  the life giving  bread from heaven – that will sustain us in our journey  to ‘abide in the Lord’s tent and to dwell  on His holy hill’ (Ps 15:1). There is no greater tragedy than  not understanding it in its true perspective. Why  should we doubt  that  a God who can ‘lay sinews on dry bones, and  cause flesh to come upon them, and cover them with skin, and put breath in them so that they might live (Eze. 37:5-6) is also able to transform the  body  of his  son into a wheat bread and his blood into wine?

There is only one thing more  surprising than  the  transubstantiation of  our Savior’s body and blood into eucharistic species that  resemble the  dazzling purity  in which Jesus presented himself in  the Mount of Transfiguration. It is Christians who consider the Holy Eucharist as a mere loaf of bread, ignoring the exhortation of  Jesus to eat  it so that  those who believe in him would inherit  eternal life!

‘You are a  priest forever according to the order of Melchizedek’ (Ps 110:4). When we read in the  Letter to the Hebrews that this prophecy was fulfilled  in the  high priesthood that  Jesus  accomplished by his  sacrifice  in the cross, we should also remember that  King Melchizedek who appeared from nowhere to greet  Abraham  brought exactly the same things that Jesus  used at the time of  instituting the Sacrament of  Eucharist. ’And King Melchizedek of Salem brought out  bread and wine’ (Gen 14:18). There is something more to it. Melchizedek was a king and  a priest at the  same time. ‘He was priest of God Most High’ (Gen:14:18). In Jesus Christ we find the  perfect combination of  this kingship  and  priesthood taking place at the ‘appropriate time’. He transforms his body and blood into  bread and wine  in  the Holy Eucharist and serves them to us, the children of Abraham by faith.

Let us pray to the Eucharistic Lord to give us the grace to  understand what   the Blessed Sacrament is.  As long as we are not blessed with this grace, what we can see in  a consecrated host  is only a piece of bread. John writes that Satan entered into a  person who received the consecrated host without  having this grace (Jn 13:27) and that  he went out into the darkness outside (Jn 13:30) soon thereafter. At a time when the number  of Judases  who  desecrate and profane the Holy Eucharist goes on increasing,  let us  come more and more close to the Blessed Sacrament. Let us also pray for the   grace to see the  dazzling  holy face of Jesus Christ in the  consecrated host, in more dazzling brightness than what Elijah and Moses saw.

May the  Eucharistic Lord give us the grace to love the Blessed Sacrament more than anything else.

Daily Consecration to the Holy Ghost

PRAYER TO OUR LADY OF THE EUCHARIST

The Promises of Jesus to those who Pray the Chaplet