Vcatholic
Home Articles A Centenary Not To Celebrate 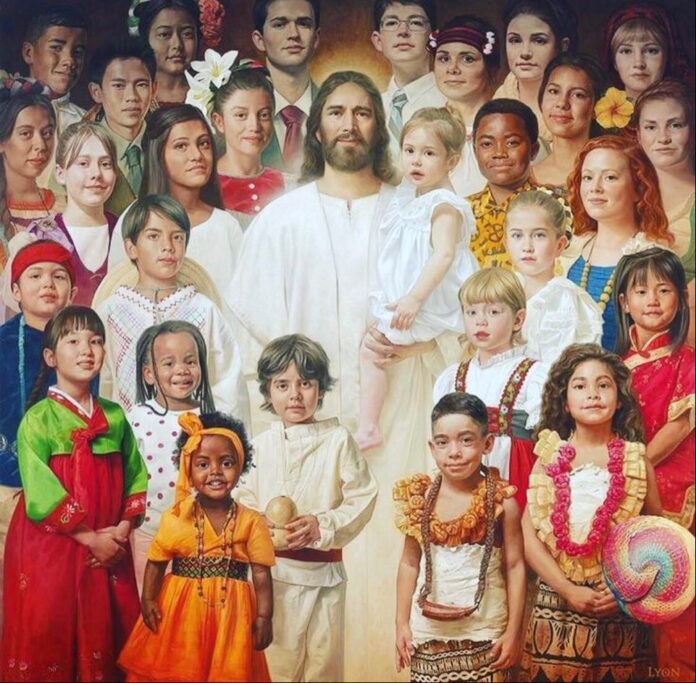 We are writing this on the  the 18th  of November 2020. Today we commemorate an important event in  history  which  altered the  future of  the whole mankind for ever and affected  more than a billion human lives directly.   It was the decision of a  national government, but one  with  global ramifications and it was from  a country which our Lady mentioned by name during her apparitions  in Fatima.

On 13th July 1917,  the Blessed Virgin told the  seers – Jacinta, Lucia and Francisco –  something too important to be ignored. As children, they could not grasp the depth of the message at that time. It is ironical that  elders like us too, who have read the message a thousand  times  fail to understand the warnings of Fatima.  Let us  look at the words of   Mary:

“You have seen Hell, where the souls of poor sinners go. To save future souls God wishes to establish in the world the devotion to My Immaculate Heart. If people do what I tell you, many souls will be saved. If my requests are granted, Russia will be converted and there will be peace. If not, she will scatter her errors throughout the world, provoking wars and persecution of the Church. The good will be martyred, the Holy Father will have much to suffer, and various nations will be destroyed…But in the end, my Immaculate Heart will triumph. The Holy Father will consecrate Russia to me, Russia will be converted, and a certain period of peace will be granted to the world”.

Devotion to the Immaculate Heart,  martyrdom of  good people, suffering  to the Holy Father, destruction of nations, triumph of the Immaculate Heart and a certain period of peace to the world are all part of the message given that day. We are all too familiar with these messages. It has been one  of the most widely read and discussed Marian messages.  Today we are discussing about that part of the message  which is related to Russia. In the words of Our Lady, consecration of Russia must be done  failing which  that  country will scatter its errors throughout the world.

What was the error of Russia? Within a few days of the  last message at Fatima, Russia embraced communism, which is anti-God and  anti- Chrisitan to the  core. Taking their cue from Russia many other countries like China, Cuba and   countries in Eastern Europe adopted  communism as their philosophy and at one point of time nearly  one third of the  world population was under communist rule.  This is  common knowledge. This was the  error prophesied by  the Blessed Virgin.

But was this  the sole error that Russia scattered  throughout the world?  There is something more  to the story which many people fail to understand or simply ignore.

It was on  18 November 1920 that the  Soviet Union legalised abortion in that country by  legislation.  A licence to kill the unborn and a law to  legalise  gruesome murder!  As our Mother warned, Russia spread her errors throughout the  world in the  following years. Mexico became the second country to legalise  abortion in 1931. Since then  almost all countries except  a  handful  have permitted abortion  though  with different criteria. As of now around 60 countries  representing  more than a third of  world population have laws permitting  abortion on  demand. This is excluding countries like  India, UK and  New Zealand where  abortion  is legally available for practically any purpose or rather for no purpose too! If we  take into account  such countries  also legal abortion is easily available  on demand to  around two thirds of the world population.

Often  we hear: “everything changes, except change”. But  one thing  that  has not changed  in  the past  100 years is the primary reason put forward by governments  and pro-abortion lobbies to further their  ulterior motives. When  Russia first legalised abortion in 1920, the reason, according to the  government, was  to  prevent the ‘adverse health effects  on women as a resut of illegal  abortion procedures’. Within that  deceiving term ‘adverse health effects’ are now included any kind of of physical, mental, social or  psychological reasons that a woman  who is  bent on killing her child can easily pick up.

And the  result?  More than one billion  innocent  babies were sacrificed  during the past  one century in the name  of freedom of choice. Satan will be arranging grand centenary celebrations with a  billion headcount!  Indeed, abortion has opened a  huge satanic portal paving the way for the  greatest genocide in human history.

What should we  do to commemorate this tragic centenary occasion? We call upon  our dear readers to  pray for the victims of abortion as also those who were victims of Satan’s deception  which led them to abort their own children. We should also pray for those who  are planning to  kill their babies  in the coming days. We can spiritually adopt  those unborn babies at risk   of abortion and  beseech the intercession of  the Holy Family  in this war against  the most  heinous of  crimes and most abhorrent of sins.

‘Jesus, Mary and Joseph, I love you very much. I beg to spare the life of the unborn babies whom we have spiritually adopted who are in danger of abortion. Amen.”

Would you say it for the  sake of  the unborn?  Believe that we can save thousands of innocent lives through this prayer.

Let us also  pray one  ‘Our Father..’, one ‘Hail Mary..’  and one  ‘Glory be..’ in remembrance of those innocent babies who were butchered in the silence of the womb. In this way we can  place them before the mercy of  God.

Prayer for the Baptism of Aborted Babies

“Today the blood of innocent children has filled heaven. Their number is too great, too great . . .the wrath of the Eternal Father is about to fall on mankind…Their blood disturbs My Agonizing Heart and increases My agony…Through this prayer, large numbers of innocent unborn babies will be saved. Pray it daily and make it known to the world. Anyone who teaches it will not be lost. Innocent souls in heaven will not let them become lost. I, with My Love and Mercy, will protect them from falling into mortal sin.”

Heavenly Father, Your love is eternal. In Your ocean of love, You saved the world through Your only-begotten Son, Jesus Christ. Now look at Your only Son on the Cross Who is constantly bleeding for love of His people, and forgive Your world. Purify and baptize aborted children with the Precious Blood and water from the Sacred Side of Your Son, Jesus Christ, Who hung dead on the Cross for their salvation; in the Name of the Father, and of the Son, and of the Holy Spirit. May they, through the holy death of Jesus Christ, gain everlasting life, through His wounds be healed and through His Precious Blood be freed. There to rejoice with the saints in heaven. Amen.Post Your Com

A Mother’s Prayer To The Guardian Angel Of Her Children

Total Consecration to Jesus through Mary Day 12 of 33

Walking Through The Valley Of The Shadow Of Death