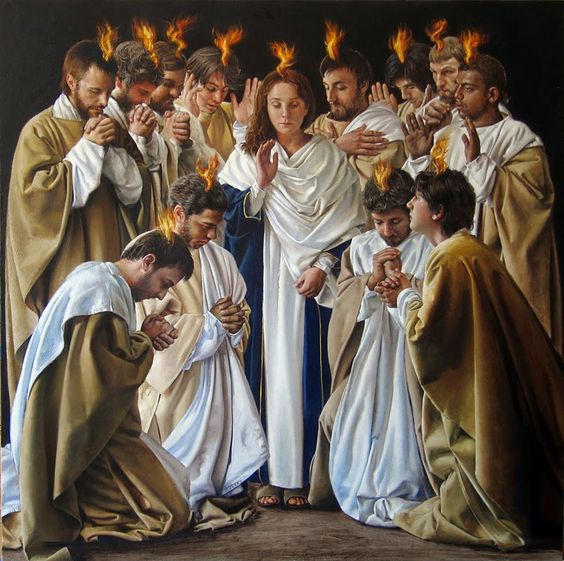 The best  employer we know is on a hiring spree. Situations are  vacant not in thousands but millions for  which  educational qualification and experience  are no bar.  Compensation is not comparable with what   other employers offer but incredibly surpasses them. This is a  lifetime opportunity to serve the master of masters.

Are you interested? Then join the army of end time apostles, the elite group of battle hardened spiritual soldiers who would settle  for nothing less than victory. They fight for  faith and they attack  the devil  head on.

We are the   generation to produce those saints of whom  Little Flower envied and of whom Louis de Monfort prophesied. We are the generation that witnesses every day the  fast waning of   separation between  what is divine and what is mundane  as forewarned  by  Anthony of Egypt. Heaven’s mission  for this era will not be  complete without  our active participation and it is  our Lady who trains us in this critical mission.  The Blessed Virgin has great plans  in forming and training an army of  end time apostles. Listen to her words:

‘Show yourself to all as my consecrated  ones, as the apostles of these last times, As apostles of  the last times, you must  announce with courage  all the truths of the Catholic faith; proclaim the Gospel with force; and resolutely unmask the dangerous  heresies which disguise  themselves  with truth in order to better deceive minds and thus lead astray from the true faith a great number  of my children.

As apostles of the last times, you must withstand with the strength  of little ones the proud force of the great and the learned, who, seduced by a false  science and by vainglory, have torn to  pieces the Gospel of Jesus, by propounding an interpretation of it  which is rationalistic, humanistic, and entirely erroneous.

As apostles of the last times, there befalls you the duty of carrying out the second evangelization, so much  asked for by my Pope, John Paul II. Evangelize the Church, which has strayed from the spirit of Christ and has allowed itself to be seduced by the spirit of the world, which has penetrated it deeply and has pervaded it entirely. Evangelize humanity, which has again become pagan, after almost  two thousand years since the first  announcement of the Gospel. Evangelize  all men, who have become victims of errors, of evil, and of sin and who let themselves be swept away by the impetuous wind of all the false ideologies. Evangelize the peoples and the nations of the earth, immersed in the darkness of the practical denial of God, as they prostrate themselves  in the worship of pleasure, of money, of power, of pride and of impurity.

Your times have come and  I have formed you during these years, so that you may be able to give now your strong witness as faithful disciples of Jesus, even  to the shedding of your very own blood ( Message No 451 from ‘To the Priests, Our Lady’s Beloved Sons’ containing the  interlocutions  given to Fr Stefano Gobbi).

Are you ready? Then consecrate yourself for this mission. Remember, our Lord is not interested in conscription. His ways are different and if we are  truly  interested to join the  final battle  on  Lord’s side,  this is the time to take the decision. Let your life be  consecrated to accomplish the will of God, which  is the essence of  discipleship. Show to the world that we are worthy warriors of Jesus’ army and show to your enemies that  you are ready to give witness  to Jesus in these last times, even to the shedding of  your very own blood.

As we look forward to the  second Pentecost,may the Blessed Virgin  be with us  as she was with the apostles in the days  before the  first Pentecost.

Total Consecration to Jesus through Mary Day 21 of 33

Prayer To Our Lady Of Sorrows

MONDAY DEVOTION : A Prayer to Help the Poor Souls in...

I Believe In Jesus Christ