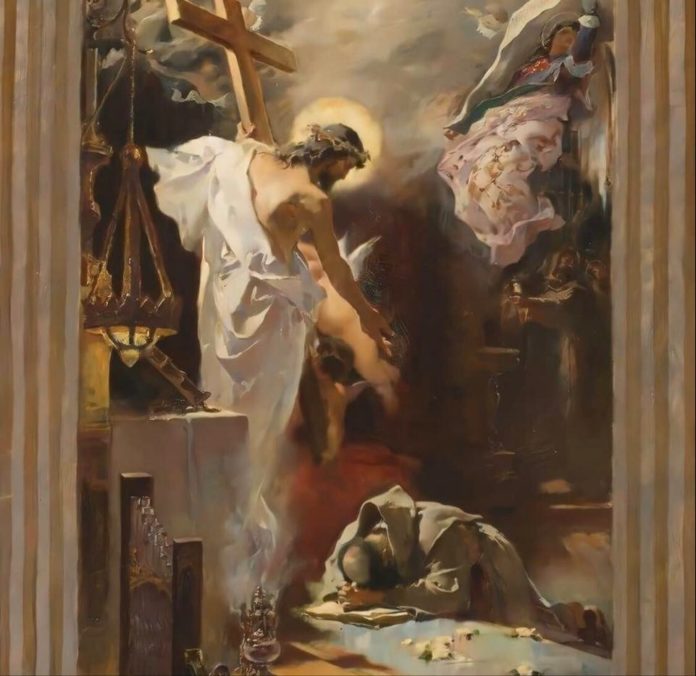 Arise, cry out in the night, at the beginning of the watches!
Pour out your heart like water before the presence of the Lord!
Lift your hands to Him for the lives of your children,
Who faint for hunger at the head of every street ( Lamentations 2:19).

The Book of Lamentations was written in the context of the Babylonian conquest of Jerusalem and destruction of the temple at their hands. King Zedekiah was captured and Nebuchadnezzar ordered the killing of his sons and blinding his eyes as punishment. He was taken to Babylon and put in prison until the day of his death. The temple was plundered and the citizens of Jerusalem were taken as captives in thousands.

Nobody ever expected such a fate to befall the glorious city of Jerusalem where the Lord of hosts desired to abide. The Book of Lamentations opens with the verse; ‘How lonely sits the city that once was full of people! How like a widow she has become, she that was a great among the nations! She that was a princess among the provinces has become a vassal ( Lamentations 1:1).

O Jerusalem, O Jerusalem, why did this happen to you? How could the Lord forsake His temple and city?

‘The roads to Zion mourn, for no one comes to the festivals; all her gates are desolate, her priests groan’ ( Lamentations 1:4).
‘The Lord has abolished in Zion festival and Sabbath, and in his indignation has spurned king and priest. The Lord has scorned His altar, disowned His sanctuary’ ( Lamentations 2:6-7).

The scale of devastation witnessed in Jerusalem was beyond words. Israelites never expected that their city will one day fall like a castle of cards. But it happened. Visualise in your mind what the millions of Israelites would have thought in those days. Their kings gave them a false sense of security. Their priests continued the same old rituals. Their prophets saw false visions for them and their elders led them like blind leading the blind. When Jeremiah prophesied about the impending destruction, Israelites got him arrested as they thought he was giving false prophecies!

Twenty six centuries later, our Mother, the Holy Catholic Church, weeps and wails for her children. She is lifting her hands to the Lord for the lives of her children who faint for hunger at the doors of every church. She is not able to give them the essential food: Holy Communion!

Once her churches were full of people. Now she sits lonely. Once she was a great name among nations. Now she resembles a widow. Once she was a princess wherever she lived. Now she is bound like a vassal.

The roads to every church that once brimmed with the devout for festivals now mourn. Gates that were never closed in the past now remain under lock. Her priests groan in pain. Sabbaths…… Her children forgot how to celebrate the Lord’s Day.

The Book of Lamentations was written for the Israelites in captivity. How come it resemble the present day Church? Because the Church is the New Israel. She is destined to pass through the same persecutions and sufferings as Israel endured. We too lament. We too look forward to the day we return to our Lord.

During the Babylonian captivity, all the Israelites were lamenting about their woes. But one among them, Daniel, was doing something more. We read about this in the Book of Daniel. Daniel realised that the woes of Israelites were the direct result of their rebellion against the God. So he raised his hands and prayed for his people. He undertook works of penance on behalf of his people.

When we go through the Book of Daniel (chapter 9) we see him immersed in prayer and supplication with fasting in sackcloth and ashes. What prompted him to beseech Lord’s mercy was the prophecy of Jeremiah about the impending devastation of Jerusalem. Daniel’s prayer was simple and coming directly from the heart. “O Lord, hear; O Lord, forgive; O Lord, listen and act and do not delay’. Daniel was speaking, and was praying and confessing his sin and the sin of his people Israel, and presenting his supplication before the Lord our God on behalf of the holy mountain of the God (Dan. 9:20).

Daniel’s prayer was pleasing to the heaven and Gabriel was sent to Daniel in response. Then comes the series of visions about future stretching till the end times. Again we see Daniel engaged in another period of prayer with fasting. “At that time I, Daniel, had been mourning for three weeks. I had eaten no rich food, no meat or wine had entered my mouth, and I had not anointed myself at all, for the full three weeks ( Dan.10:2-3).

Imagine the power of such a prayer where he abstains from the pleasures of the world and the desires of the flesh. Heaven has no choice other than responding to it. The Lord’s angel comes to him and comforts him saying; “Do not fear, Daniel, for from the first day that you set your mind to gain understanding and to humble yourself before your God, your words have been heard, and I have come because of your words” ( Dan. 10:12).
Daniel was blessed with wisdom, visions and messages as contained in his prophecies concerning the near future as well as the end times. We know the reason. He humbled himself before God and prayed with fasting in sackcloth and ashes.

For Israel, there was a Daniel to pray and confess his sin as well as the sin of his people and present his supplication before the God. And at the end of seventy years, Israel did return to their homeland.

For the Catholic Church, is there anybody ready to emulate Daniel? This article is exclusively for them. If you are one among them, we invite you to join us in a prayer lasting for three weeks. We are sure it will be an unforgettable experience to those who take the call seriously. Like Daniel, who was bestowed with wisdom to foresee the future up until the last day, they also will be given the true understanding and the gift of discernment. This is a time when the Church is experiencing grave dangers and large scale apostasy and those without discernment will fall away. Wisdom enables us to read the signs of the time which the outer world cannot understand.

Everything happening around us is unexpected for them. But for us, who are blessed with true understanding, nothing is unexpected. Jesus Christ, our Lord and Saviour, had told us everything in advance. He demands only one thing from us; be in a state of grace and be always in prayer. He told us to conquer the desires of the flesh by the power of the Spirit as the only way to enter life. Daniel did exactly this.

Are you ready to follow Daniel? If so, start your prayer sessions right now. There is no tomorrow for starting a good thing. And prayer with fasting is the best thing we can do at this time. The Holy Virgin’s messages – wherever she appeared – also call us for fervent prayer with fasting and deeds of penance. Believe it or not, after a century of frequent apparitions, our Lady’s apparitions are becoming rarer and rarer. On 6th October 2019, Sr. Agnes Sasagawa of Akita received a message from the Mother after a long gap of forty-five years. “Put on ashes and pray a repentant rosary every day. You must become like a child and make sacrifices every day”. Prayer, repentance and penance are the only weapons left for us.

Apparitions and messages at Medjugorje which started in 1981 are also coming to an end. There too the essence of those messages was a call to return to the God with repentance, prayer and penance. Our Mother warned that if humanity did not return to the God, a severe chastisement awaits them. In fact it has been a recurring theme all through her messages. Visionaries at Medjugorje say that the final message for public from the Mother was received in the first week of March 2020. Covid-19 pandemic struck the world immediately thereafter.

Times of warning are coming to an end. Have we entered the times of chastisement? God alone knows, and also those to whom He decides to make it known. Daniel was one such person who made himself worthy to receive the visions about the future, by his devotion, prayer and works of penance.

Jesus Christ looks for thousands of Daniels in our days. Are you ready? Come. Let us join in prayer. Leave behind the world and what it offers. Spend the little available time in prayer and penance emulating Daniel.
Though it depends on your convenience, we would like to give a brief outline of how we are planning to spend the next three weeks.

Attend Holy Mass every day, preferably at a Church or Chapel. Otherwise attend the Holy Mass online. Have a confession and receive Holy Communion either in person or in Spirit. If possible, pray in front of the Blessed Sacrament for a few minutes. Pray a Rosary and a Divine Mercy Chaplet. Devote at least a quarter of an hour to read the Bible. Recite the prayer, ‘O Lord, hear us; O Lord, forgive us’ twenty one times everyday. If your health permits, kneel down and prostrate every time when you say this prayer. Abstain from meat, fish, egg and sugar. Avoid milk and dairy products if possible. Run away from the pleasures of flesh.

Are you ready? Then start it right now and do not stop. Pour out your heart
like water before the Lord. Meanwhile, if you find yourself blessed with this message, convey it to your near and dear. Let them also reap the rich harvest our Lord has reserved for us in these last days. Know that many Bishops, Priests, Religious and prayer groups have already started this ‘Daniel’s fasting prayer’. If they can, why can’t we?

Let us pray together; ‘ O LORD, HEAR US; O LORD FORGIVE US’.

PRAYER OF SAINT AUGUSTINE TO THE HOLY GHOST

A Daily Consecration To The Holy Ghost