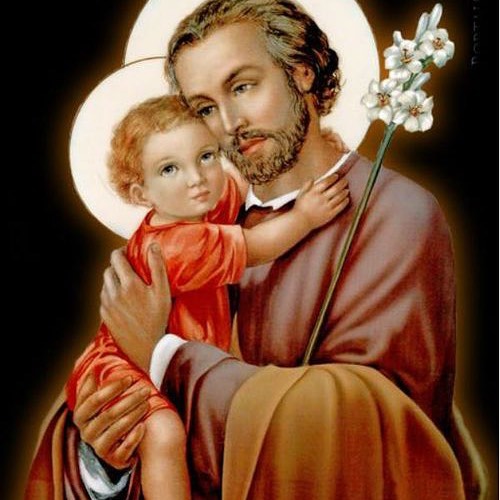 He was just another  man like  the rest of us all.  An ordinary man, happy with his surroundings and supportive to his family with hard work. Apparently there was nothing to distinguish him  from  his peers. He lived a simple and ordinary life and  when  he completed his years passed away  peacefully without anybody noticing.  Beyond his  immediate family, perhaps nobody  really  knew him the  way  we know of him now.  By all means he was just another man. Then  what  makes him special  among  all other  men? What makes us to respect this man  in an unparalleled way?

This man was not just another man, but  a just man. Yes, it is about  Joseph the Just.  Of all the titles we give Joseph, this one  stands apart because it represents  the most beautiful trait in  Joseph.  How can we  call a man  just? Or what is the yardstick  we use to measure one’s adherence to  justice? You will find any number of explanations, but all  of them   converge  to one single point.  Doing justice means doing the will of  God.  Let us look at  some people whom the  Bible describes as  just or righteous.  ‘Job was  blameless and upright, one who feared God and turned away from evil’ (Job 1:1). ‘Noah was  a righteous man, blameless in his generation: Noah walked with God (Gen 6:9).  Lot was the  only   righteous and blameless man God could see in  Sodom. ‘By faith Abel offered to God  a more acceptable sacrifice than Cain’s. Through this he received  approval as righteous… (Heb 11:4).  ‘Abraham believed God and it was reckoned to him as righteousness’ ( Rom 4:3)

Thus we see that  Joseph was  not the only righteous person mentioned   in the Bible.There are many others whom the God certified as just  or righteous. Then what  makes  him different  from others? It is his silence!  We cannot find another person who lived a  whole life of silence.  In fact the Bible does not record even a single word uttered by  Joseph. This is in stark contrast to  other  Bible figures.  We do not  see Joseph praying loudly,  we do not see Joseph  talking; all that we know about  Joseph is that he heard the  word of  God in silence and  obeyed it in silence. When the angel told him that    Mary’s child is from the Holy Spirit he believed it.  When the angel told him that  the child should be named  Jesus he believed it.  In a dream  It is easy to believe everything.  But  to  follow the instructions received in a dream needs faith and that too  in abundant measure.  Joseph was   rich in  faith,  trust, obedience, love and charity.  ‘When Joseph awoke from sleep, he did as the angel of the Lord commanded him; he took her as his wife, but had no marital relations with her until she had  borne a son; and he named him Jesus’ (Mt 1:24-25).

Not long before another person called  Zechariah also received a message from heaven. But unlike Joseph, it was  not in a dream. Zechariah was  offering incense   at the sanctuary of the Lord in the temple when an angel appeared to him and  revealed  the plan of God about  him and Elizabeth.  The angel consoled a  visibly terrified Zechariah and said to him, “Do not be afraid, Zechariah, for your prayer has been heard. Your  wife Elizabeth will bear you a son, and you will  name him John’ (Lk 1:13). What joyful news should have been this  for  him, for finally  they are  going to be blessed with a  son in their twilight years!  But instead of rejoicing, Zechariah fell into  doubt. How is this going to happen?  He wanted an answer that was  comprehensible to his human intelligence. We should remember here that Zechariah  was a priest.  He knew at what age  Abraham was given a son. He knew how   Elkanah  and Hanna  got Samuel. But he could not  relate their experiences to what   was  going  to happen in his own life!

Now, Joseph’s dilemma  was much worse than  Zechariah’s. Because unlike Zechariah, Joseph saw the angel  in a  dream only.  Second,the news that the  angel brought to   Zechariah was  truly one of joy though incredible   to the human  mind.  On the other hand,the message delivered to Joseph was confusing, because  he  was  instructed to   accept a  pregnant woman  as his  wife. But he never asked how it was  possible for a  woman to  conceive without  the help of a man. He knew,everything was  possible for God.  He  accepted Mary as  wife.  When a priest  doubted the word of God, a layman believed it blindly. When the priest was  punished with  a forced silence of a  few months for  his disbelief,  Joseph went into a kind of  self imposed  silence for the rest of his life. But  in that silence  he started getting  more and more messages from  the Lord.

We call Mary the Ark of the Covenant.  In the  Old Testament we read about the  fear with which  Israelites approached the Ark of the Covenant. When they, under the leadership of  David, took the  Ark  from  Kiriathjearim in Judea,  something untoward happened on their way. The Ark was  in a new cart driven by  Uzzah and Ahio. ‘When they came  to the threshing floor of Chidon, Uzzah put out his hand to hold the Ark, for the oxen  shook it. The anger of the Lord was kindled against  Uzzah, He struck him down because  he put out his hand to the Ark; and he died there before God (1 Chr. 13:9-10). A layman was not supposed to  touch the  Ark of the Covenant. Now read from the  gospel: ”…. he took her as wife, but had no marital relation with her  until she had borne a son…..’ ( Mt 1:24-25). Joseph  considered himself unworthy to touch the new Ark of the  Covenant.  Such was  his humility.

We are living in a generation where the   line  between what is holy and  what is profane is  getting obscured  with every passing day.   We as Christians, have a special duty towards what is holy.  Be it the Church, Bible, Sacraments  or Sacramentals, the prudence of Joseph should guide us  in  observing  holy things in its holiness. ‘ For they will be made holy who observe holy things in  holiness’ (Wis 6:10).  Jesus was holy and  his mother was immaculate. But to make their  family a holy family,  Joseph also needed to be  holy. In the case of  Jesus, he is the   only son of God and  holiness is his natural trait. For Mary  this virtue was  bestowed at the  time  of  immaculate conception. But for Joseph, he had to strive hard,  that too his whole life to  attain holiness and to  retain it.  We can imagine the heavy price he paid for it.

Today we call Joseph by many titles like  Pillar of families, Patron of workers, Hope of the sick, Patron of the dying and Protector of the Holy Church. But as for me,  the  most apt  title  is  JOSEPH MOST JUST.

Let us seek the intercession of  St Joseph to discern the  messages God sent us.  We need not be  priests to  know it. What Zechariah the priest  could not do with  human reasoning, Joseph the layman  could accomplish  with blind faith and  an unfailing trust in providence.  When the angel of the Lord appeared to him and  told him to go to Egypt, Joseph  left for Egypt the very same  night. After  some time, the  angel of the Lord appeared to him  again  and instructed him  to  return to  the land of Israel.  Again Joseph obeyed it without any demur.  When their destination was changed midway  and they were  told to go to Galilee instead of  Judea, Joseph obeyed that too. Now pause for a moment and think.  Is it possible for us to accept every message  from God without questioning?

Declaring a year  dedicated to  St Joseph was long overdue. Now the Church has done it and the  year of St Joseph  comes with indulgences attached to it.  These days call for a renewed interest in the life of  Joseph. We need his  intercession  to transform our  families into  holy families. We need his  help to learn how to   be a good parent, a good spouse, and a  good worker.  Joseph was a mystery, because the mysteries entrusted to him by God remained mysteries  till the  moment  he left this world. And  his death  we call a happy death for it is written: ‘But the souls of the  righteous are  in the hand of God ( Wis 3:1).

In these days of  mounting uncertainties, a happy death is  one  thing that we should pray for. Let us  seek the  intercession  of St Joseph, patron of the dying, for ourselves as well as  for others who  are afraid to face the ultimate reality called death.

Prayer Of Saint Francis Of Assisi