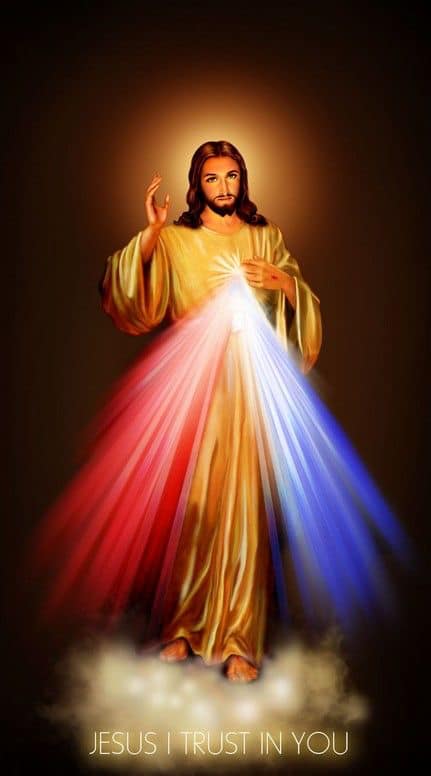 Anything wrong in saying that Jesus is the  god of  Christians ? Absolutely no! Because Jesus Christ is our  god. But  a deception hides  behind the  statement that  Jesus  Christ is the  god of Christians. We should be mindful of it. Each religion has its own god- concept. They believe in a person, supernatural power or  concept and  worship him/her/it as god. We are no different. We believe that Jesus Christ is god. We worship God the Father whom Jesus revealed to us.

When a Christian tells another fellow Christian that Jesus Christ is our god, it is clear because for both of them  Jesus Christ is  their god. But a problem occurs  when we  meet non-Christians and get an opportunity to  talk to them about  our faith. Normally we say something  like this. Jesus Christ is our god. You may have another god of your choice and we don’t bother. Our  god is unique in the sense that  God the Father  revealed  Himself through Jesus Christ. We believe that  Jesus secured us  forgiveness of sins and salvation of souls  through  his death on the  cross. We believe that  his body and blood will lead  us to  eternal life. We further believe  that  Jesus Christ will come again. Those who are seriously into  evangelization might invite others to  taste such a  good god, and  believe in Jesus Christ and  thus be saved. This is the  normal pattern.

Some might argue, but we don’t approve of what you say. They have every right to say so.  Your  President   rules your country as President not because you approve him. It is because  he is appointed  there in the capacity of  President through a due legal process. It is immaterial whether a few of  the citizens agree  with his presidency or not. In the  same vein, what matters is  who reigns in heaven. It was Jesus who  ‘conquered and  sat down with his father on his throne’ (Rev. 3:21). If  ‘all things in heaven and  on earth were created  in him’ (Col 1:16) how can you confine him to the status of  a lesser god, a god of Christians alone? After  all, Christians form but a minuscule part of the whole creation! If ‘all things visible and invisible, whether thrones or dominions or rulers or powers- all things have been created  through him and for him’ (Col 1:16) it follows that  nothing  is excluded from his power. How can we call  him the god of Christians?

John introduces  Jesus as the ‘true light, which enlightens everyone’ (Jn 1:9). Indeed, there were others who came for a short time and enlightened some persons for a shorter duration.  Is it just to compare  Jesus with them? Can you compare a  firefly with a burning fire or a lighted candle with the sun? If Christ  enlightens  everyone for all times he should be the god of all. Christians were  not the exclusive creation of  God. Everything from heavenly bodies to  subatomic particles are His creation.  They were created in  Jesus Christ and for Jesus Christ.  What a big mistake are we making  when saying that he is  the god of Christians!

From another perspective, if Jesus is the god of Christians alone, others can  well have their own gods. Then what is the  purpose of evangelization? What is the meaning in proclaiming the good news that Jesus  came here to save us all? If they really have a god like ours, what  is wrong in them living according to  that god’s tenets?

It doesn’t require much courage to say that Jesus is the god of Christians.  No faith is required either to  say it. Because if we had  a faith even as little as a mustard seed, we would say that  Jesus Christ is the  god of all.   Up till  now we were examining the  question  from a human and especially a  Christian perspective. Satan also is interested in this debate. What is  his stand on this ‘controversial’ issue? Presenting Jesus as the god of Christians is a pet theme of  the devil. He cleverly gets it done through the media. When an image or statue of  Jesus is defiled, the world tells us that  it is an insult to  Christians. When a church is desecrated, they tell us that   a place of worship of  Christians is desecrated.  If  the world knew that  Jesus Christ is the  god of  all, the narrative would have been different. They would say that  the  desecration was aimed at  the author  of everything, the Almighty God. It calls for wisdom to recognize  Jesus as the god of all creation.

When Satanists and religious bigots desecrate the  Holy Eucharist, it is  not an act  aimed to insult the  faith  of  Christians but an act of blasphemy against God whose presence is manifested alive in a piece of bread. But to  come to that understanding they should first  come to the realization that  Jesus Christ, whose body and blood  constitute  the Holy Eucharist, is the  one and only  God who presides over the  whole universe.

Who taught us to  call Jesus, the Son of the Almighty Father, who was adorned with ‘glory in the presence of the Father  before the world existed’ (Jn 17:5),   and to whom  the Father had given His name (Jn 17:11), as the god of Christians?  Never make Jesus at whose name, ‘every knee should bend, in heaven and on earth and  under the earth’ (Phil 2:10) a lesser god, one belonging to a  vast pantheon.  ‘Look! He is  coming with the clouds. Every eye will  see him, even those  who pierced him; and on his account all the tribes of the earth will wail’ (Rev. 1:7). If he was the   exclusive god of  Christians why should he  bother  about all the tribes of the earth? Why should he bother  about those who pierced him?

Among the multitude of   ‘dead gods’ there stands a God  who conquered  death. This is precisely the reason we  call him the True God.  This is the truth and there is  no other truth.  Faith is the name given to recognizing and accepting this truth. Christian is the  name of a person who proclaims this  faith aloud. And evangelization is the  process of  bringing  others also to this  realization.

Let us climb atop the  mountain and  proclaim aloud: I believe  that Jesus Christ is the Lord and God of all creation.

An Act of Consecration to the Sacred Heart of Jesus

Consecration to Our Lady of Sorrows