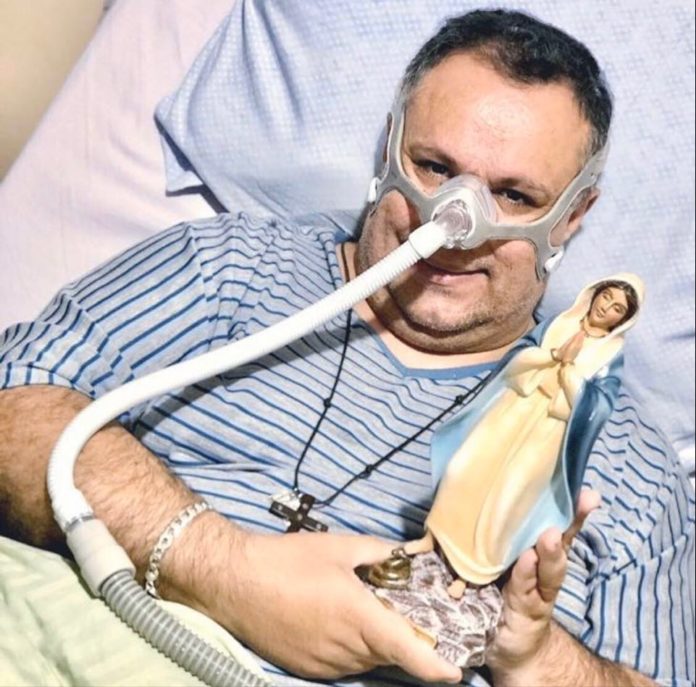 Let’s have a quick recap of the COVID19 statistics. As of now the virus has reached almost all countries. The total number of persons affected with the virus stands at 4626000 as on 17 May and the number of persons succumbed to the disease is at 311000. In other words, the mortality rate is 6.72% which though alarming, is in sync with the pattern of the virus and the way in which it behaves. Statistics is all about numbers and those who are good in maths can read a lot from it. Though mathematics is not my cup of tea, I should give it a try, lest we miss something important.

The numbers reported above are for all countries. Out of this, let us take the top 40 countries which together account for 3922000 COVID19 patients and 251000 casualties. It is around 85% of the total confirmed cases and 81% of the total deaths reported. Mortality rate of these 40 countries taken together is 6.40% which is in line with the global trend, though marginally lower than it. So one might agree that it is a good sample. Those who don’t like maths to the core, please bear with me for some time. It is very important.

I have divided these forty countries into two groups based on a particular criteria. First group consists of 20 countries where the number of infections stood at 3122000 and where 226000 deaths are reported which translates into a death rate of 7.24%. Yes, it is higher than the globar average of 6.72. It is also higher than the average death rate of 40 countries taken together which is 6.40%.

One thing that catches our attention at first glance is that most of the countries in the first list are developed countries who boast of very good healthcare facilities. The second list is a mix of developed, developing and underdeveloped countries. Could you notice anything else from the list? Try a little and if nothing comes to your mind, go on reading.

Then what? Before answering this question, we need to find the answer to another question. Why is the mortality rate in the first group (christian countries) much higher
( 7.24%) when compared to the surprisingly lower rate of 3.25% recorded by non-christian countries, in spite of the fact that many among them like, India, Pakistan, Bangladesh, Indonesia, Egypt and Afganistan cannot claim the support of a robust healthcare system. In other words, they could contain the mortality at 3.25% fighting against many odds, which the countries in the first group never faced.

We are told that the chances of senior citizens dying from COVID19 is much higher than the probability of younger people dying of the disease. Admittedly, mortality rate of senior citizens is much higher in the case of COVID19. But it is the same for every disease, be it pneumonia, bronchitis, cancer or flu. Then what makes COVID19 specially fatal for old people? Let me tell you, there is no such thing as a higher risk of mortality in COVID19 as far as the aged are concerned. The risks are almost in line with those affected with any other life threatening disease. Then why did a large number of our elderly die from COVID19?

The answer to this question is something that you would not like to hear. Many of the deaths of our elderly brothers and sisters could have been avoided. Then why did they die? Because we let them die. It is the truth. Before raising your eyebrows in disbelief, I invite you to have look at the Case Fatality rates of COVID19 published by Johns Hopkins University.

Now look at the numbers of New York city which indicates that nearly half the people (48.70%) died from COVID19 were above 80 years. Another quarter of the total casualties (24.90%) were from the age group of 65-79 years. It means three out of four deaths from COVID19 was of people above the age of 65. Another report reveals that the number of COVID19 cases per 100,000 population was 7470.24 for those aged 65 and above, which is 57% of total cases per 100,000 population for all age groups. Interestingly, the rate of death per 100,000 population was 1980.27 for those aged 65 and above which is above 90% of total deaths per 100,000 population across all age groups. When 57% of patients contribute to 90% of deaths, it needs closer examination. New York is only a sample. The story is same everywhere in Europe and United States. How can we account for this huge anomaly?

Before jumping into any conclusion, we need to ascertain one thing. Was it really possible to prevent the deaths of large number of our elderly brethren? We are being regularly fed by governments and the mainstream media that these deaths were unavoidable in the current situation where health facilities were under severe stress to cope with the ever increasing number of patients. Is it true?

We will get the answer from a country which accounts for a sixth of the world’s population. It is India. Go to the extreme south of this country to reach Kerala, a state of 35 million people inhabiting an area of 38860 sq. km which makes it one of the world’s most densely populated non-urban regions. Incidentally it is home to around six million christians with thousands of vibrant churches and about a hundred retreat centres catering to the spiritual needs of the faithful. Nearly 3.50 million from the state (ie 10% of total population) work, study or stay in other countries, mainly Gulf nations, Europe, USA, Canada, Australia and NewZealand. The first COVID19 case in the country was reported from Kerala on 31st January 2020 – a student returning from Wuhan. Since then there has been regular cases coming. As of 17 May, they had 587 infections of which active cases were only 87. It is surprising to note that only three persons died of COVID19 in the state of Kerala making the mortality rate (0.57%) one of the lowest in the world.

What is interesting to us in the current context is that Kerala could save a number of elderly COVID19 patients. It includes those aged 93, 86 and 84. Incidentally out of the three deaths reported none was above the age of 70 years. One of the casualties was that of a man aged 69 who had a previous history of heart disease, high blood pressure and had undergone a bypass surgery. The second was an infant of 4 months who had congenital heart disease.

My question is this: if Kerala with its high density of population and limited resources could save the lives of all but three, why the US, U K, France, Germay, Italy and Spain could not? More precisely, why did they fail in saving the lives of their elders? Kerala is 32 times bigger and has a four times the population of New York City. Belgium is three fourth in size and one third in populaion when compared to Kerala. If they could do something which we couldn’t……?

Let me repeat. Many of our elders were simply thrown to death. In Italy doctors were giving the available medical facilities to younger people ignoring the pleas of elders. In Spain, many inmates from old age homes had to die because their caretakers fled the scene leaving the old and infirm to death. In the US, states like Alabama, Washington and Arizona saw cases of ventilator support being denied to the most needy including those suffering from Down Syndrome, Cerebral Palsy and Autism!

They are not isolated cases. It has been the trend in throughout the West where, as George Orwell rightly said, all are equal, but some are more equal than others. In a society driven by profit, caring for the aged and infirm doen’s make economic sense. When limited resources are to be apportioned, priority should be given to youngsters who have ‘many years to serve the world”. Preference should be given to those who have ‘better chances of surviving’ rather than wasting the dollars, or euros as the case may be, on somebody who has a ‘residual estimated life of a few months or years’.

Every dollar thus saved will help in building a brave new world where abortion, homosexuality and divorce are the most cherished virtues and where the institution of family is nothing but an odd memory from the past. Money thus saved can be used by our governments to fund killing enterprises like Planned Parenthood and Marie Stopes. Every euro thus saved can be used to dehydrate the likes of Vincent Lambert to death under the guise of euthanasia. We need money to fund the liberal, left leaning LGBTQ agenda. We need it to coerce poor nations to make them servile to us. We need money to insure health insurance companies from the ever increasing medical bills of an aged generation. Letting our elders die is the easiest way to achieve all these goals!

Does anybody remember the commandments? Honour your Father and your Mother; You shall not kill. Brothers and sisters, denying life-saving medical care to a person is tantamount to killing him. Unfortunately this culture of death has become our characteristic. We profess it in every closed room where a live child is sucked out of the womb. We shamelessly exhibit it in the trucks transporting the body parts of murdered babies. We proudly announce that we are for death when we send the likes of Vincent Lambert to death ignoring the drops of tears flowing from his still but lively eyes. We enjoy the screams of the victims of unsuccessful abortion procedures leaving them to die in the dustbin. We do everything wicked in the name of personal liberty. And in the process we make ourselves motionless and emotionless statues of liberty overlooking our cities and nations where death has become the new normal.

Lord our God said; “I have placed life and death before you, select the one you like”. We deliberately selected death.

Need not look at my face to get answers. Ask yourselves, your leaders, your governments, your politicians, your healthcare institutions. They know everything. But they have been telling us a different story. In our days we call it politics.

For us, who are citizens of another Kingdom which is yet to come, these numbers, each representing the last sigh of an aged person who has been father or mother to somebody, tells how many times we violate the fourth commandment. Every addition to the number of our elderly brethren whom we throw to death, is as many violations of the fifth commandment.

Before concluding, something more about Kerala. They call themselves ‘God’s Own Country’. What about us?
Let us pray; ‘Lord, have mercy on us and our nations’. No other prayer suits our times.

Total Consecration to Jesus through Mary Day 11 of 33