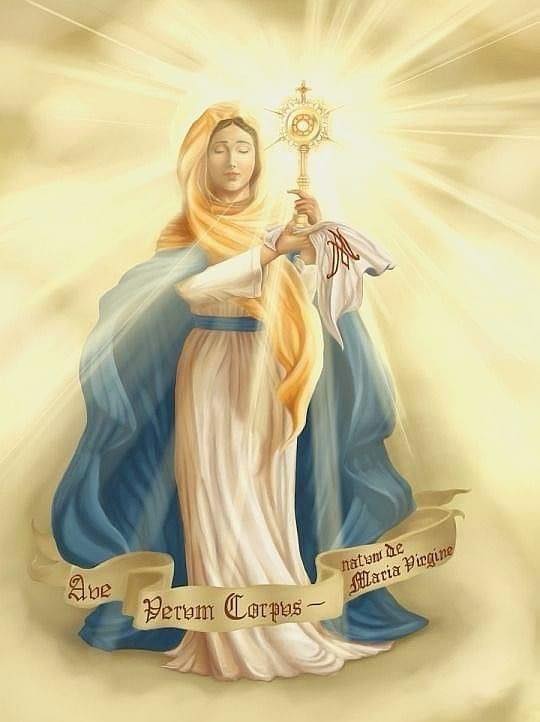 What is holy? What is profane?  Answer is simple. Anything related to the Divine realm is  holy. Anything that opposes the  Divine is profane. Times are  changing and it seems the  thin  line separating what is   divine from what is   profane  is  gradually getting blurred in this  world. Such is the  force with which the  secular world tries to infuse its ideologies into the  Church. Their ultimate aim is to  make the faithful confused. And they have succeeded to a great extent in this game.

What we regard as holy will never  be  considered  holy by the world.  When we say ‘Holy Mass’, for them it is Mass, just  another program  like any   other secular event. When we say, Holy Spirit, they cannot  understand how the spirit becomes holy. When we  talk about  Holy Orders, they see it as the mere installation of a person as priest.

Perhaps the most detested word in today’s world is ‘holy’. Either they will openly brand it bad or they will relegate it to the status of something simply  good and  desirable. In both cases, their intention is to mock the holy.

This trend is  more evident when it comes to  Holy Mass. Of all  things in the  Christian faith, Holy Mass is one thing  that they could not   digest, partly because  they do not know its true  meaning, and  partly  because they are swayed by   intentional efforts from various  quarters to  deny  its holy nature. It is then natural that  the  first attack  against  our faith will be   against   the  Holy  Mass. Those who want to stop the   celebration of  Holy Mass will employ all the  weapons in their possession to achieve this goal. We have seen this during the pandemic. When everything  else functioned  normally, they made it a point to  ensure that  churches remained closed.

I  believe in the  power of   the Eucharist  because God  in His infinite mercy  allowed me to get  a glimpse, though   partial, of the immense  value of the  Eucharist. Love towards the Blessed Sacrament is truly a grace. We get attracted and attached to   the Eucharist because God called us to it.  Jesus testifies; ‘No one can come to me unless drawn by the Father  who sent me’ (Jn 6:44). Note that  Jesus gave this teaching  when he was talking about the  ‘Bread from Heaven’.

If we meditate on the teachings of  Jesus about  the Bread from Heaven – Holy Eucharist- as contained in the gospels, one thing becomes very clear. The words of  Jesus were unambiguous and to the point.  He was not ready  to compromise  on  his  teaching  about the   Eucharist even at the  risk of losing many of   his  disciples.  ‘Because of this many of  his  disciples turned back and  no longer went about with him’ (Jn 6:66). Do you think that it was  pure coincidence that the  number of this   verse became 6:66? Before jumping into  conclusions, please read  another   verse from the Book of Revelation. ‘Let any one with understanding calculate the number of  the beast, for it is the number of a person. Its number is six hundred  sixty-six’ (Rev.13:18).

Those who could not  agree with Jesus’ teachings about  the Holy Eucharist left  him for good. About such people who leave the true faith, John writes elsewhere; ‘Children, it is the last hour! As you have heard that  the antichrist is coming, so now many antichrists have come. From this we know  that  it is the last  hour. They went out from us. But they did not belong to us; for if they had belonged to us, they would have  remained with us.  But by going out they made it plain that  none of them belongs to us’ (1 Jn 2:18).  It is pretty clear, because  John writes this  under the  heading  ‘Warning  against Antichrist’.

It is the spirit of Antichrist that deceives men into  suspecting the  divinity and holiness of the  Eucharist. They cannot understand the  true value  of  this  Sacrament of sacraments. This is the primary reason  behind many of  them  leaving the  faith.  The gospels tell us that those who left  Jesus because of his teaching about  the Eucharist, never came back to him.  John   corroborates it by stating that   the spirit of  the antichrist works in those who  go out from us.

Opposition to  Holy Mass comes from the  opponent of Christ, whom we call Antichrist. His  spirit is active in  the world. In fact  it is this spirit that  controls the  world  now. There is  little surprise then that all their efforts will be  directed against the Holy Eucharist.

We should learn to see every  attack against this sacrament as manifestations of the horrible hatred  that the evil holds against  our Lord and everything that Jesus Christ stands for.  The ruler of this world is setting  the whole  world against the  king of kings in his  last and final attempt to capture as many souls as possible and he knows the  best way to do so is to  draw them away  from the Blessed Sacrament. He knows that the Eucharist  is the  biggest source of  grace for us; but unfortunately we often forget it.

Grace flows from Christ crucified. Christ is  truly  present in the  Eucharistic  species. ‘In the  most Blessed Sacrament of the Eucharist the body and blood, together with the soul and divinity of our Lord Jesus Christ and, therefore the whole Christ is truly, really and substantially  contained’ (CCC 1374). If Christ is  truly, really, and substantially present in the  sacrament of Eucharist,  we should have  no doubt that  true, real and  substantial grace flows from the altar on which this  great mystery is  celebrated. Christ’s enemies know it.  This is why they vent their  anger against the  altar.

The cornerstone of  Christian life  is  hope.  Eucharist is the dearest sign and surest pledge of  this great  hope, says the Church. ‘There is no surer pledge or dearer sign of this great hope in the  new heavens and  new earth in which righteousness dwells, than the Eucharist. Every time this mystery is celebrated, the work of our  redemption is  carried on and we break the one bread that  provides the medicine of immortality, the  antidote of death, and the  food that makes us live forever in  Jesus Christ’ (CCC 1405).

Those  merchants of death know that  the Eucharist is the antidote of their product called  death. No wonder they will go to any length to  prevent this  antidote to be  distributed  to  those who should die otherwise. ‘The serpent  being  more crafty  than any other wild animal that the Lord had made,’ he knows that  once  hope is taken out of a man, it is easy for him to conquer  that soul. What  better way is there to put out the flame of hope  still burning within  our  hearts than separating us from the Holy Eucharist, the surest  pledge and dearest sign of this hope?

It is natural that a world united in their hatred towards Christ and the  eternal life  he  has  offered us, will  strive hard to  prevent the  celebration of  Holy Mass and belittle the value of the Eucharist in  the minds of  the faithful. It is our duty to discern  their wicked plans and  draw ourselves  closer to the Eucharist, because  the days are nigh  when  this Sacrament of Sacraments will  cease to   be celebrated.

Jesus, food  for everlasting life, have mercy on us.

Jesus, medicine of  immortality, have mercy on us

Jesus, bread of heaven, have mercy on us. 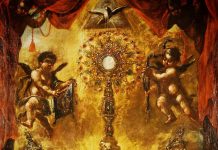 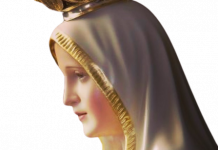 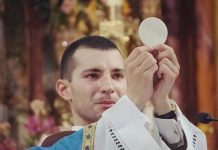 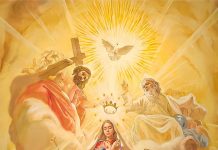 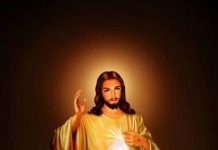 PRAYER FOR THE GIFTS OF THE HOLY GHOST

PRAYER TO OUR LADY OF LaSALETTE

Do Whatever He Tells You