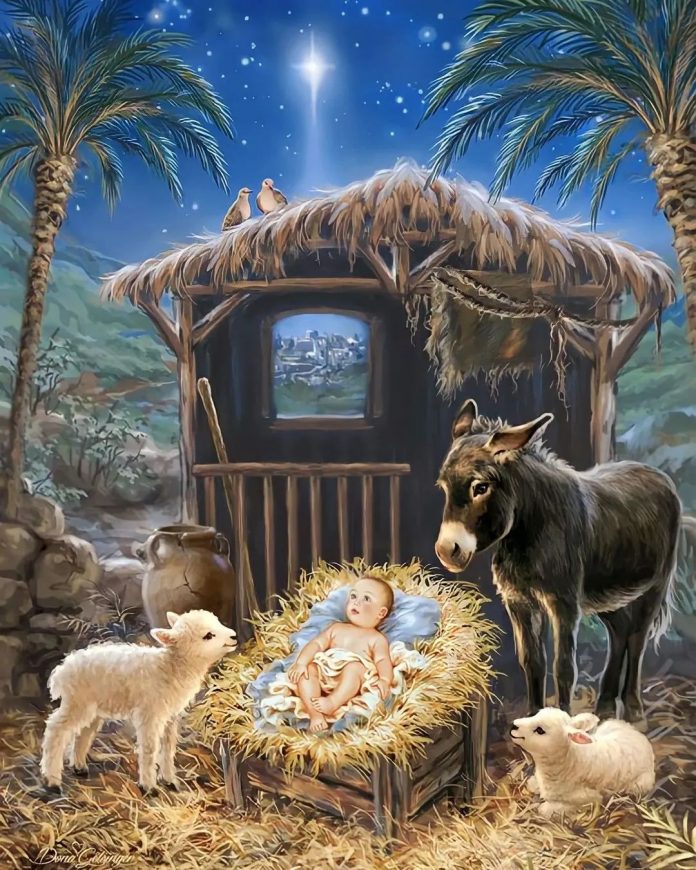 Fig, vine, and olive were so close to the hearts of  Israelites that they never ever  imagined a  time when  their crops would fail to  produce anything. Yet Habakkuk wrote; ‘Though the fig tree  does not blossom,  and no fruit is on the vines, though the  produce of the olive fails and the fields yield no food; though the flock is cut off  from the  fold and there is no herd in the stalls, yet I will rejoice in the Lord’(Hab 3:17-18).

To those who, like Habakkuk, learn the  hard way to rejoice in the   Lord  even in times of adversity, the Lord will say; ‘Enter into the joy of your master’ (Mt 25:23). Those are the people  lucky to enter the  Lord’s dinner table for which invitations were already sent, but  the invitees refused it. To certain others the Lord will ‘fasten his belt and have them sit down to eat, and he will come and serve them’ (Lk 12:37). They earn this coveted  position  by  their alertness in  waiting for their master. Though they did not know the time of the  return of  their master  they were ready to  open the door for him, be it ‘during the middle of the night, or near dawn’ (Lk 12:38).

These are days when we  wait  for the Lord. Our fasting, prayers, and penance during these twenty five days are nothing but  simple exercises to get rid of the excess flab from us so that we might be able to get through the eye of the needle. There is no scope of the  eye of the needle getting bigger, because the Lord himself has clarified that  it is  easier for heaven and earth to pass away than a letter or  a stroke of a letter to pass from the law until all is accomplished (Mt 5:18).

Jesus cannot change because he is  beyond every change. ‘Jesus Christ is the same yesterday and today and forever’ (Heb: 13:8). Then we are the only ones who  have a possibility to change. But do we  really want it?

We are eager to enter the gates of   heaven. But the gate is too narrow. We, in our folly try to make it  broader, without ever thinking of the  easier option of   making ourselves lean so as to fit the gate! With every such futile exercise, we think that the standards of  heaven will come down to match our standards. We are trying to  confine God within  the logical limits of our poorly  developed  reasoning that when coupled with our scant faith makes  it a deadly combination.

We will create Christmas stars with explicitly obscene themes and  will also show the audacity to  put them for  exhibition at  the last place that we can think of; our parish church! We have no concern about  a sacramental life, nor are  we very particular about attending the church on Sundays. Yet we  celebrate Christmas and congratulate ourselves for the  sumptuous  dinner we prepared, the drinks we enjoyed, and the   fellowship we shared, all without Jesus!

Jesus Christ was a ‘sign that will be opposed’ (Lk 2:34). The controversies surrounding  him were there  right from the first Christmas.  When he blessed the wise men from the east, he did not  let Herod’s people come near him. When he told the disciples that  he was indeed the truth, he did not care to  answer Pilate when he asked what the truth was (Jn 18:38). Though he revealed himself to Simeon and Anna when they first met him, the priests and princes of this world could not recognize the  Son of God even  after a  hundred meetings! Paul laments; ‘If they had (understood),  they would not have crucified the  Lord of glory’ (1 Cor 2:8).

This controversy about who Jesus  is  and what for he came to this world will remain there  until the  dawn of the last Christmas. The great  day of our Lord’s return to this world in glory is what we  call the final Christmas. Jesus was  very much aware of the way the  world was going to  think of him and the endless controversies and meaningless theological debates  that started at  his birth and continued  till his ascension and further to the period leading to his second coming. Jesus also knew that  these  ungodly philosophies, put to maximum use by the enemy, will put off the  flame of  faith from the  hearts of many. This is the background when he  asks; ‘And yet, when the Son of Man comes, will he find faith on earth?” (Lk 18:8). We should thank Jesus Christ for the  simple  fact that we are here until this moment, firm in faith and blessed to celebrate some Christmases before the  last Christmas.

To rejoice in the Lord is another name for  celebrating  Christmas. Not much after the ascension of Jesus, there was a man who so rejoicing in the Lord  looked up to heaven. His name  was Stephen.  ‘…and after my skin has been thus  destroyed, then in my flesh I shall see God’ (Job 19:26). Job wrote these words as his own  story as also  to remind us  that  what Stephen did after many centuries was a sort of  fulfillment of his prophetic words. This made Stephen’s  face shine ‘like the face of an angel’ (Acts 6:15) when he was  confronted by a  crowd mad to the point of  stoning him to death. It was almost during the  same time that  Peter and other apostles ‘left the council rejoicing that they were considered worthy to  suffer dishonor for the sake of the  name (of Jesus)’ (Acts 5:41).

We can celebrate Christmas in two  ways. By rejoicing in the  Lord and by immersing  ourselves in the material pleasures of this world. Christmas itself is of two types, Christmas with Christ and  Christmas without Christ. The majority of  celebrations that we  see around us  relate to   something without the presence of Christ. It is the Christmas of those who  could  not rejoice in the Lord  even on the day of his birth. It is impossible for anyone or anything to  satisfy a person who  could not  find joy  in living with the  Lord.   It is  quite natural that  a son who  could  not appreciate the value  of his father’s love will end up in a  pigsty. And indeed the  Christmas  celebrated in the company of pigs will be one without Christ.

Those who celebrate Christmas ‘looking at wine when it is red and when it sparkles in the cup’ (Prov 23:31) do not  know  what they are paying in  exchange for this filthy pleasure. Those who mark the birth of the Lord of life even while sitting comfortably in the ‘snares of death’ (Prov 13:14) do not  know where they are  heading to. The mystery and joy of Christmas that is ‘hidden from the wise and the intelligent but revealed to the  infants’ (Mt 11:25) is alien to them.

The Christmas of those who could not  rejoice in the Lord is like ‘waterless clouds carried along by  the winds and like autumn trees  without fruit, twice dead, uprooted’ (Jude 12-13). In the words that  follow this rather open admonition, we  find  a reflection of what we should  expect in the final Christmas, when  our pilgrimage should reach its destination. ‘See, the Lord is coming with ten thousands of his  holy ones,  to execute  judgment on all, and to convict everyone of all  the deeds of  ungodliness that they have committed  in such an ungodly way, and of all the harsh things that ungodly sinners have spoken against him’ (Jude 14-15).

It should dawn on us  that every Christmas that we celebrate is a preparation for the  last Christmas, which the prophets, apostles and  Jesus  himself called the great day of the Lord. It will be a Christmas with no Christmas trees, no cribs, and no stars. The city that  our  God has prepared for us – Heavenly Jerusalem- does not have a  temple either. ’ I saw no temple in the city, for its temple is the  Lord God the Almighty and the Lamb’ (Rev 21:22).

As ‘we groan in this tent, longing to be clothed  with our heavenly dwelling’  (2 Cor 5:2) our fig trees might not blossom and our  vines might not  yield us anything. Our olive trees might hesitate to bear fruit. Our  fields will be barren and our share will be a fold  deserted by the  flock and  a stall bereft of the herd. But  those who, in spite of all adversities, tune their hearts to  the Lord  to rejoice in him are assured of  something great,  ‘that no eye has seen, nor ear heard, nor the human heart  conceived’ (1 Cor 2:9).

Prayer To Purify And Protect The Home

Total Consecration to Jesus through Mary Day 7 of 33