Vcatholic
Home Articles ABORTION IN THE TIME OF CORONA 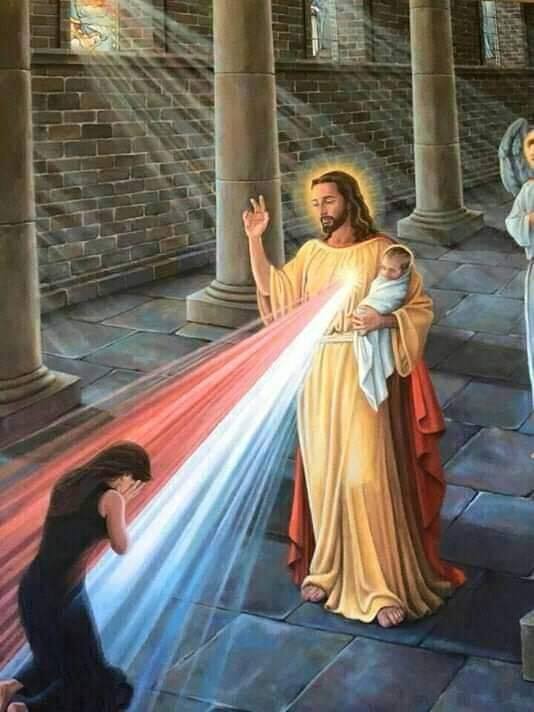 Gabriel Garcia Marquez would be laughing from his grave. Such are the ironies of this world.

Death has come up into our windows, it has entered our palaces, to cut off the children from the streets and young men from the squares. Speak! Thus says the Lord: “Human corpses shall fall like dung upon the open field, like sheaves behind the reaper, and no one shall gather them” ( Jeremiah 9:21-22).

Such is the situation across the globe. When every individual, institution, organization or country is supposed to be fighting the coronavirus, a small section is not bothered about it. Their main concern is something else. They are more worried about those women who need an abortion. For them access to abortion is a priority which should be given preference over thousands of COVID-19 patients waiting for a hospital bed.

I am not joking. Even while coronavirus was taking a toll on its people, the government of Great(?) Britain was busy issuing orders to further relax norms for getting abortion done on demand. Health officials of UK were so concerned about the ‘plight’ of ‘innocent’ women and girls who find it difficult to go to a clinic to kill the child in the womb. Reason? Travel restrictions and lockdown declared in the country to contain the spread of coronavirus. So they decided that henceforth those who need an abortion need not go to a clinic as stipulated earlier. Rather they need to dial their doctor and get prescription of the abortifacient over telephone. Just take the pills at home and it is done. How fast! How safe! Fortunately this order was revoked the next day, thanks to the timely intervention of pro-life groups. Remember that this country was under heavy pressure with alarming increase in the number of persons infected with COVID-19 when the overzealous officials came to the rescue of the abortion lobby. At the time of writing this article the number of confirmed cases in Great Britain are 14751 with a death toll of 761. COVID19 has entered the palace and Prime Minister’s residence too.

Though not as great as Britain, New Zealand also wanted to help those who need an abortion on demand. Before the outbreak of COVID-19, the government was planning to conduct a referendum to make abortion more liberal. But in these days of corona scare they thought it wise to bye-pass the popular opinion and instead place the proposal before parliament. New Zealand’s parliament passed the legislation with 68 votes in favor and 51 votes against. Now New Zealand is almost on par with New York in the matter of allowing late term abortions. At present New Zealand is staring at a bleak future with 451 confirmed cases and one death . Remember the population of the country is less than 4.80 million.

What is the situation in New York? They were so farsighted that they made abortion permissible even for late term pregnancies much before the outbreak of the disease. The New York administration was also moved by the plight of women weeping and screaming for getting an abortion. What to do? Common sense demands that all the available health facilities, hospital infrastructure and medical personnel should be channeled to fight the epidemic. But the Attorney General of the empire state bye-passed common sense and advocated declaring abortion as an essential health service thereby allowing the functioning of all abortion clinics even during nationwide lockdown! Great indeed. When I am writing this article number of COVID-19 patients in New York is nearing 40000 which is almost 40% of total cases in the U S where the fatalities have crossed 1700. Anyway, it is far less than the number of children murdered inside womb in the state of New York.. It is estimated at around 105000 annually of which New York city alone accounts for forty thousand. At the time of writing this article, every 17 minutes an American succumbs COVID-19.

New York is not alone. State of Alabama also is in favor of further relaxing abortion rules in the time of coronavirus.

On the other side of the globe, India with 1.30 billion population enacted a legislation permitting relaxation in abortion norms raising the 20 weeks pregnancy period to 24 weeks.
Coronavirus can wait, not abortion! The bill was passed when the number of COVID-19 patients was increasing every day in the country. Present number of confirmed cases is around 900 with fatalities estimated at 19.

How can Germans watch silently the ‘revolutionary’ liberalization of abortion in other countries?
Some groups in Germany have already started demanding a declaration stating abortion as an essential medical service which will enable abortion clinics to operate during lockdown. At this time Germany is finding it difficult to manage the ever increasing number of COVID-19 patients ( 50871 at present) with a death toll of 351.

‘The rest of humankind, who were not killed by these plagues,did not repent of the works of their hands or give up worshiping demons and idols of gold and silver and bronze and stone and wood, which cannot see or hear or walk. And they did not repent of their murders or their sorceries or their fornication or their thefts’ ( Revelation 9:20-21).

Open your eyes to the truth of God and close your ears to the falsities of the devil.
‘ Give glory to the Lord your God before He brings darkness, and before your feet stumble on the mountains at twilight; while you look for light, He turns it into gloom and makes it deep darkness’ (Jeremiah 13:18).
Should we turn away from our God’s commandment not to kill and stumble in the darkness created by devil and his angels? Because we know that murderers do not have eternal life abiding in them( 1 John 3:15). And we know this also. However justified, abortion is murder.

May Is The Month Of Mary

Consecration of Oneself to Jesus Christ, Wisdom Incarnate, Through the Hands...