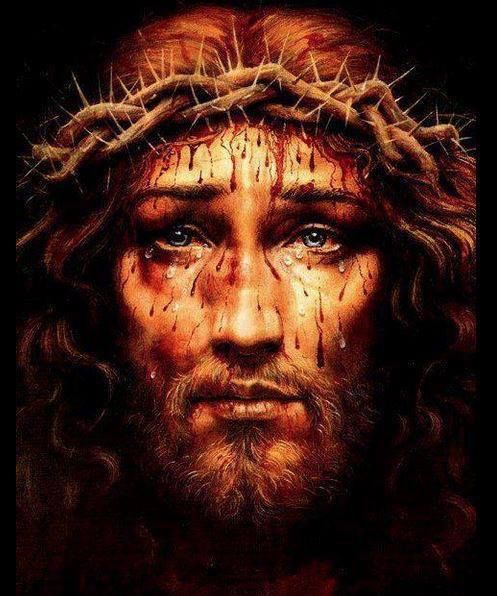 Indeed, an hour is  coming when those  who kill you will think that  by doing so they are offering worship to  God’ (Jn 16:2). Back then, it was a prophecy. In our days this prophecy has come true.  Such is the severity of  the persecution that  Christians face from certain  groups who think that by severing the heads of  Christians they are propitiating  an entity whom they call god, but in fact is God’s arch-rival.

Persecution has been the share of  Christians through  centuries  and there is nothing new in it.  We have overcome it many times. Wherever  Christians were persecuted, it resulted in the  Church growing at a faster pace. Our persecutors also know it. But strangely they  continue the  same old strategy of  killing us with the  ulterior motive of  gaining  control over us  by increasing their numbers. They think that  they can destroy the  faith of  millions of  Christians by  physically  eliminating them. They have  erred  on two fronts; first in faith and then in history because  the number of  Christians who happily  sacrificed their life for Jesus Christ  is beyond anybody’s guess.

Yet our persecutors do it. Their motive is as simple as the perverted philosophy that guides them. Both converge at the point where the followers of this philosophy are told that  their seats in a particular kind of  heaven are assured, provided  they kill others.  When a person is taught to hate his neighbor for the  sole reason of having a different  religious faith, we call it  religious bigotry. When they kill their neighbors for their faith in Christ we know that  it is a result of them hating Christ. And when cold blooded murders, often by beheading  hapless victims,  accompanied by  violent cries in an alien language exalting their  god as  great, we know that they do it  not  for the  simple pleasure of overpowering us  but to  offer their heinous act  of killing others as  a kind of worship to their god! If there indeed is an entity who takes pleasure in  his followers offering him the  heads of innocent men, women and  children as sacrifice, that entity cannot be  god. But they  are blind to the truth.  They are  far away from truth and as long as they continue to pledge their  loyalty to a diabolic philosophy that  tries  to ape the  true gospel, there is no chance of them getting the light of truth.

We know it. We know the reason also and we know that they will continue to do it because Jesus has warned us in advance. ‘And they will do this because they have not known  the Father or me’ (Jn 16:3). The purpose  of  this warning was to help us  prepare for those days. ‘But I have said these things to you so that when their  hour comes you may remember that  I told you about them ’(Jn 16:3).

Yes, it is time to remember the words of our  Lord Jesus Christ that a time will come when our heads will be served as  sacrifice to a  bloodthirsty god by men who are yet to throw off the shackles  of an   abominable  god-concept  and who are trapped to believe that they become entitled to a  strange kind of heaven with dozens of  consorts and  rivers full of wine,  post death.

They need our blood to  soak their seats in this heaven  and we are born for this moment; to suffer at the hands of people who are  deceived to the  core in their faith. We endure it  not for a few trifles but for the crown of eternal glory that awaits us.  Take heart and march  ahead, for we do not know the time when our  names will be  called.

Let us pray; O Jesus, give  us the faith and strength to  overcome the days of persecution to which we have already  entered. Amen.

The Hour of Great Mercy

Litany of the Saints