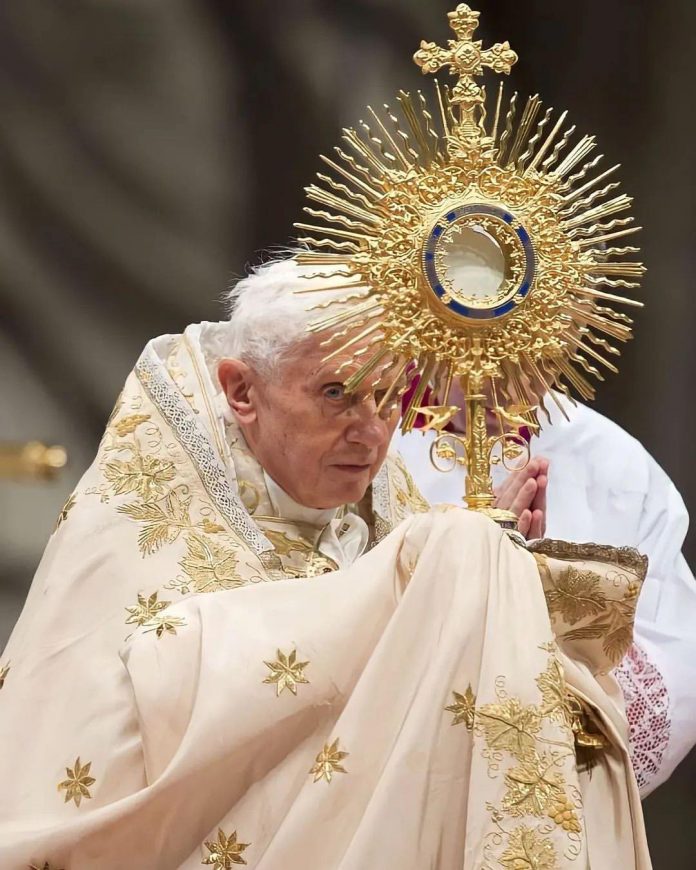 Coming  days will see the  present Church  transform itself into  a Remnant Church. I can imagine many readers skipping this article just because of this name. We cannot blame them because many people  still believe that the Remnant Church is  something like a sect or cult that gives teachings not compatible with what the  Catholic Church teaches. So it needs clarification  before  proceeding  further.

The first reference about a remnant is contained in the letter of  St Paul to the Romans. ‘So too at the present time there is a remnant, chosen by grace’ (Rom 11:5). He compares this remnant with those seven thousand Israelites who exhibited steadfast loyalty to the   true God, even while the lion’s share of their brethren strayed away.

While crossing the desert their number was around six  hundred thousands (Num 1:46) excluding  women and children. By the time of  King David, their number had increased to  1.3 million with Israel accounting  for 0.8 million and Judea  home to the rest (2 Sam 24:9).

But  after  one and a half centuries Elijah lamented about a  large-scale apostasy that  has swept through the chosen nation. Only a miniscule portion,   a meager seven thousand,  remained faithful to the true  God. Barring them all Israelites  had bowed to Baal or  kissed him (Rom 11:4). This  seven thousand was the  first Remnant.

If the remnant in the Roman Church reminded Paul of this earlier remnant, these two remnants should remind us  of the  remnant that is being  prepared for the end times. Echoing the words of  Paul the Apostle, another Paul asserted that  it is essential for this remnant to  withstand till the very end.  One year before his death, in 1977, St Pope Paul VI said:  “What strikes me, when I think of the Catholic world, is that  within Catholicism, there  seems sometimes to predominate a non- Catholic way of thinking, and it can  happen that this non-Catholic  thought within Catholicism, will tomorrow become the stronger. But it will never represent the thought of the Church. It is necessary that a small flock subsist, no matter how small it might be”.

To be precise, those belonging to this little flock will be the only ones whom the  Lord will  see living   in faith when he returns.  Jesus himself has  given a  hint towards the limited  number of believers who will stay firm in faith during the  end days. ‘And yet, when the Son of Man comes, will he find  faith on earth?’ (Lk 18:8).

Certainly their numbers will be   less. Though the Remnant Church cannot take pride in the number of its members, she will be the  true Church of the  end days. It is interesting that Pope Emeritus Benedict XVI had  prophesied about this remnant church. Long before he became Pope, Cardinal or even  a Bishop,  to be precise in  1969, he said in a radio broadcast:

“From the crisis of today the Church of tomorrow will emerge — a Church that has lost much. She will become small and will have to start afresh more or less from the beginning … As the number of her adherents diminishes, she will lose many of her social privileges. In contrast to an earlier age, it will be seen much more as a voluntary society, entered only by free decision. As a small society, it will make much bigger demands on the initiative of her individual members.

But in all of the changes at which one might guess, the Church will find her essence afresh and with full conviction in that which was always at her center: faith in the triune God, in Jesus Christ, the Son of God made man, in the presence of the Spirit until the end of the world. … The Church will be a more spiritual Church, not presuming upon a political mandate, flirting as little with the Left as with the Right.”

“It will be hard going for the Church, for the process of crystallization and clarification will cost her much valuable energy. It will make her poor and cause her to become the Church of the meek. The process will be all the more arduous, for sectarian narrow-mindedness as well as pompous self-will will have to be shed.”

When we say ‘ Remnant Church’ it means this ‘little flock’ gathered  from all over the world, selected by grace, and strengthened by the Holy Spirit.  Many saints called them the ‘Apostles of the  End Times’.

Let us remember the  words of  our beloved Pope Emeritus Benedict XVI, who  has left  us  on the last  day of  2022 leaving behind  a  legacy of  unflinching  loyalty to what  the Lord taught us, what the apostles proclaimed, and  what  the Church upheld through centuries. Let us also remember that at present we are through a   difficult journey with the Church that transforms her from a place of pride  in wealth, social standing, and  number of adherents to a meek and poor  Church that has lost much. In spite of  being  deprived of many  privileges, this small  Church  will, like Elijah, be   ‘very zealous for the Lord’ (1 Kings 19:14) as this zeal will be her  only asset in those days.  As the children of  this  Remnant Church, we should ignore the temptations to make compromises with the world on the excuse that  the majority around  us has   opted  this easy way.  It is also our duty  not to bend our knees before  the idols of this world.

Let it be our constant prayer that we  be found  worthy to be counted among the  ‘Little Flock, aka Remnant Church’ that is in the making.

The “Way” Of The Cross” Act Of Contrition

The vision of Pope Leo XIII