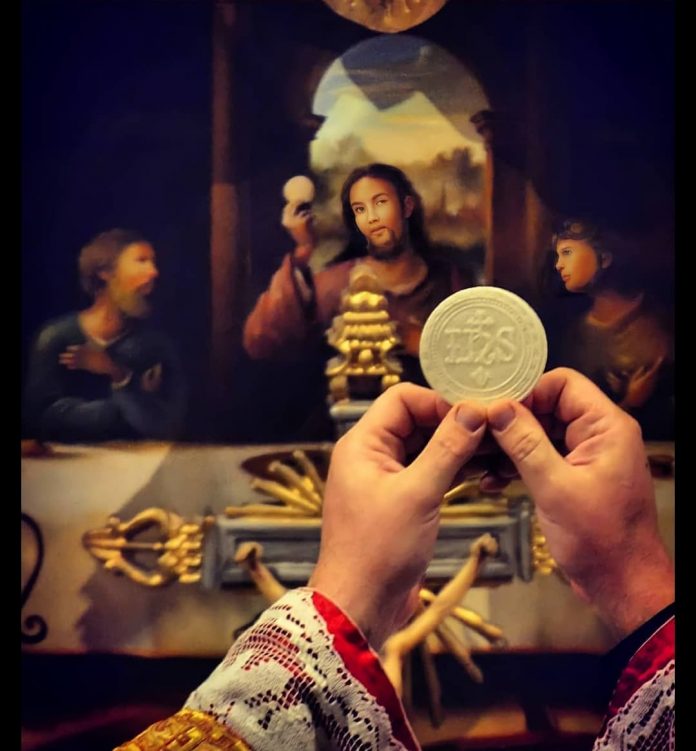 The  belief in Jesus Christ  forms the second part of the Apostles’ Creed. A marked difference between the first part of the  Creed where we confess our  faith  in God the Father and the  second part containing  our  confession of faith in Jesus Christ   will  not escape the attention of   our eyes even during  a  cursory  reading. The Creed devotes just one sentence  to describe our  faith in  God the Father. ‘I believe in God, the Father almighty, creator of heaven and earth’. On the other hand,  its description of Jesus Christ  is pretty lengthy.

Perhaps we can assume that  since  nobody has ever seen  God the Father, we  have our limitations to  describe His attributes, whereas Jesus Christ, the  Incarnate Word ‘lived among us, and we have seen his glory, the glory as of a father’s only son, full of grace and truth’ (Jn 1:14). We know who Jesus was, and what he did. It is then in the fitness of things to use more words to  describe the second person  of the Holy Trinity.

Creed is the benchmark  of our faith. We cannot  claim to be  Christians if we  do not  believe in  each and  every statement of   the Creed. This being so, we should be  able to  convince ourselves about the various attributes attached to Jesus Christ in the Creed. In a nutshell they are:

-He is the only  son of God, and was conceived by the power of  the Holy Spirit. Mary, his  mother, was a virgin. He suffered under Pontius Pilate, crucified, died, and was buried. He descended to the dead and on the third day he rose again.  He ascended into heaven and  is seated at the  right hand of the Father and finally he will come again  to judge the  living and the dead.

Faith  is  a package. We can  either accept it or  reject it. There is  nothing like partial faith, because  partial faith is  nothing but no faith. This is  something  pertinent in  the current environment where many people say that  they believe in Jesus Christ  but are in fact  leagues   away from  true faith. For some,  Jesus is the  quintessential man, a revolutionary par excellence, a  social reformer, a role model, the epitome of  love and the fountain of mercy. What they  think is true. Jesus was  all the above, but he was more than that.

Jesus is the son of God who along with God the Father and  the Holy  Spirit  constitute the Triune God whom we believe and  worship. Jesus was present in his glory  even before the creation of  this world….. ‘The glory that I  had in your presence  before the world existed’ (Jn 17:5).

The  belief in Jesus  is not something  to be expressed in parts. When we  say  that  we believe in Jesus it means that we believe in the divine conception. We believe in the  virginity of the  Mother of God. We believe in the historical facts about Jesus. The Holy Spirit inserted the  name of  Pontius Pilate into the  Creed  for those skeptics who would later deny that  Jesus was  not a historical person. There are  theories  originating  from the father of lies and propagated in this  world  telling us that  Jesus was never crucified. Some others  are more generous. They  say that  though Jesus  was crucified, he never rose again. Yet some others come forward with  strange arguments to  somehow establish that Jesus never ascended into heaven. As for the final  part, the number  of  those who  do not believe in  the  second coming of Jesus Christ is not  negligible.

Beware of any   philosophies that  denigrate Jesus to the  level of  another prophet. Run away from  any  teaching that  tells you about  Jesus the man, but miss the  all important part that  he is God. And never  welcome anyone who professes  his disbelief in the glorious second coming  of Jesus Christ. As a corollary, do not be a  party to  teachings that  go against the hyperdulia (special veneration  of the   Virgin Mary) accorded to  the  Blessed Virgin.

We know only one Jesus, who was  God and man, who came into this world  to  offer his  life as our ransom, who suffered and died for us, who was  the  first fruit from the  dead and who is now  seated at the  right hand of  God the Father, waiting for his time to return to this  world for judgment. If anyone tells you about  another  Jesus Christ, be assured that he is not  from Jesus Christ, but  from the antichrist. Listen  to what John the Apostle tells us; ‘Who is the liar but the one who denies that Jesus is the Christ? This is the antichrist, the one who denies the Father and the Son. No one who denies the  Son  has the Father, everyone who confesses the Son has the  Father also’ (1 Jn 2:22-23). Faith in  Jesus Christ as revealed through the  Scripture goes hand in hand with  faith in God the  Father, without which our very  claim of   being Christians is absurd.

Let us  proclaim  proudly:  I believe  in Jesus Christ, God’s only Son, our Lord, who was conceived by the Holy Spirit, born of the Virgin Mary, suffered under Pontius Pilate, was crucified, died and was buried; He descended into hell; on the third day He rose again from the dead; He ascended into heaven, and is seated at the right hand of God the Father Almighty; from there He will come to judge the living and the dead. 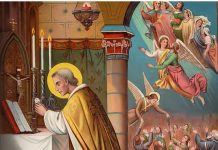 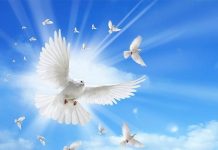 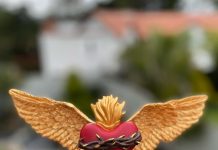 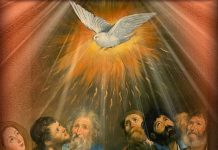 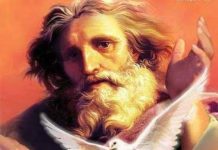 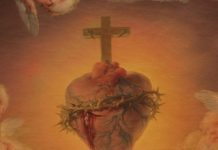 Total Consecration to Jesus through Mary Day 15 of 33

LORD, TEACH US TO PRAY