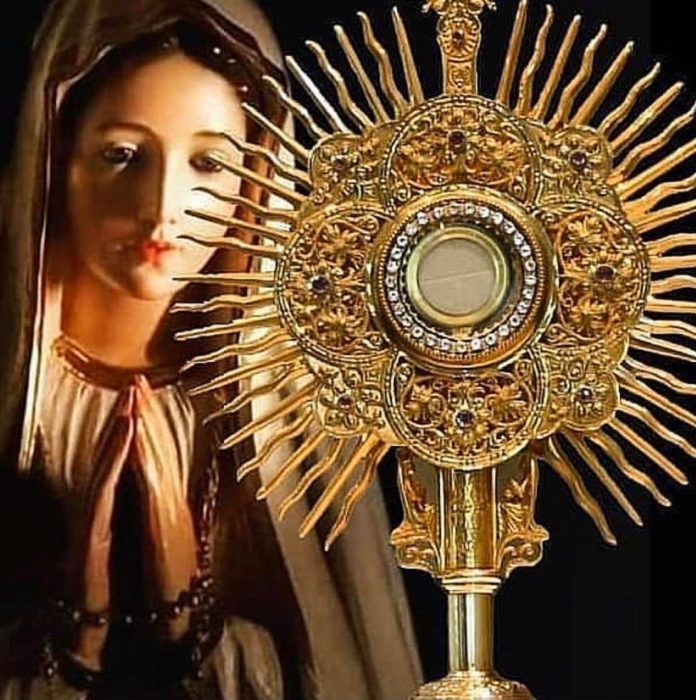 Today, the world is in the grip of grief, anxiety and fear, which we have not witnessed for the past many centuries. We know the reason. It is the outbreak of Corona Virus Disease (COVID) which has by now attained epidemic proportions. As of now the disease has spread to more than 100 countries and it is only a matter of time for other countries to report their first cases of infection. No country is insulated from it. As the world has transformed itself into a global village with open doors, it is practically impossible to contain the infection spreading from one country to another. Geographical or political barriers cannot stall the onward march of infection from one place to another.

What should be our response in such a situation? As Christians, we are expected to be the light of the world and act as salt to the earth. In times of adversities, others should be able to look upon christians as fountains of hope. Even while the world plunges into darkness the never ceasing light of Jesus Christ do shine on those who believe in him. Lord our God wants nations to travel in that light.

Does it really happen? Unfortunately, what we see around us is just the opposite. Instead of being light to others, we have given up hope and allowed to be led by the knowledge of this world. As a result we stumble upon anything coming our way. COVID is no exception. We are misguided by what others say about it. True, it is highly contagious. It spreads so fast and no effective vaccine is available to prevent it. It is also true that governments across the globe are finding it increasingly difficult to manage the corona virus crisis. Death toll has gone beyond 3700 and total number of infected persons, a little over a hundred thousand. It translates into a mortality rate of around 3.50%.

If the death of 3700 persons out of a total population of 7.50 billion in a span of one month is very much alarming for us, then remember King David and Israel. In a single day 70000 Israelites fell to the plague sent by God. It was because of David’s act of counting the numbers of his subjects, which God never approved (1 Chroni.21:7)

“ Some were sick through their sinful ways, and because of their iniquities endured affliction; they loathed any kind of food, and they drew near to the gates of death. Then they cried to the Lord in their trouble, and He saved them from their distress. He sent out His word and healed them, and delivered them from destruction” ( Psalm.107:17-20).

Our only recourse in times of trouble is crying to the Lord. That was what exactly David did when the plague destroyed approximately 2% of the population of his country.

“ David built an altar to the Lord, and offered burnt offerings and offerings of well being. So the Lord answered his supplications for the land, and the plague was averted from Israel” (1Samuel 24:25).

David’s offerings and supplications were enough for God to contain His wrath and shower mercy on the land. If so, why don’t we use the same weapons against corona virus as well? In fact it has been the practice of Christians across the world through centuries when they faced difficult situations. In times of adversities and epidemics, they gathered together and prayed for God’s mercy. Their faith assured them that Holy Mass and Eucharistic adoration were capable to ward off the evil from their houses.

History tells us that during times of epidemics priests used to lead Eucharistic Processions through the affected localities. And the results were amazing. Many towns, cities and provinces were saved from epidemics solely because of the eucharistic processions taken out through their streets. Just one example. It happened in Italy. Yes, the very same Italy which became the first country in continental Europe to report maximum number of deaths due to corona virus. The city of Cava dei Tirreni was visited by the plague epidemic on May 25, 1656. It was Ascension Thursday of the year. In no time, thousands succumbed to the epidemic in the city and surrounding villages.

Fr Paolo Franco was one of the few priests in the locality who had been spared from the epidemic. Despite the danger of contagion, he listened to the inspiration from the Lord to lead the people in a Eucharistic procession of reparation. It took them from the city to the summit of the Castello mountain which is a few kilometers of the city. When the procession reached its summit, Fr Franco blessed Cava dei Tirreni with the Blessed Sacrament and the rest is history. The plague epidemic stopped miraculously!

Go a little back in history and see what happened in Lisbon, the capital of Portugal in 1432. The plague which devastated the city was so terrifying that scores of people dropped dead on its streets every day. There were hundreds of corpses lying in the streets with nobody to bury them. Panic stricken people fled the city for their life and in that process infected more others in the nearly villages. Doctors, nurses and priests who were usually at the frontline, battling any such epidemic were the first casualties.

Msgr Andre Dias was the bishop of Lisbon at that time. He was bravely attending to the patients risking his life. Going by the scale of death, he came to the conclusion that it was not for man to contain the infection. Only divine intervention could save Lisbon and its people. So he exhorted his people to call upon the Most Holy Name of Jesus with confidence. He encouraged this devotion among his people. He advised the people to write the Holy Name of Jesus on cards and keep them on their persons and to place them under their pillows while sleeping. He then gathered his flock into the cathedral of St Dominic where he distributed holy water to them with instructions to springle it on themselves and those afflicted with the disease. The results of this act of faith was incredible, for the sick and dying blessed with the holy water or prayed for through the holy name of Jesus arose healthy and healed. And in a few days, the plague afflicted city of Lisbon was free of the deadly epidemic.

Ever heard of four Jesuit priests who survived the deadliest weapon known till date? Hugo Lassalle,Hubert Schiffer, Wilhelm Kleinsorge and Hubert Cieslik were praying the Rosary in their monastery chapel situated in Hiroshima in the morning of 6th August 1945. It was then that the U S troops dropped the atomic bomb on the city killing an approximate 130000 of its inhabitants. They not only survived the attack, but lived for decades further without even the slightest of consequences of a survivor from an atomic bomb attack. Believe it or note, they were subjected to detailed investigations for not less than 200 times! Every report reiterated the same findings; that they were untouched by atomic radiation when all the people around them either perished in the attack or left to live with the agonizing after effects of radiation!.

Oh, Christians, what are we waiting for? If David could save his people from plague by calling out Lord’s name and offering a sacrifice pleasing the Lord, what prevents us from attending the Holy Mass with the prayer of sparing us from corona? If Fr Paolo Franco could save a city from the epidemic by leading an Eucharistic procession, will not the Lord hear our prayers also in Eucharistic adoration? If Bishop Andre Dias could bring succor to a city devastated by plague simply by calling out the powerful name of Jesus and using holy water blessed in his sanctifying name, what else we need in this hour of need to save our dear ones and ourselves from the fast spreading epidemic? If the poor Jesuits could overcome the atomic bomb with a simple Rosary, what prevents us from seeking the intercession of our mother and the mother of our Lord, Blessed Virgin Mary?

Go and request you parish priest to take out Eucharistic processions in your locality. Let them lead Eucharistic adoration in churches. Let Holy Mass be offered in every church , everyday with special prayer intention of sparing us from this epidemic. Say as many Rosaries as possible and seek the intercession of the Blessed Virgin in this hour of crisis.

But first of all, be confident in your heart that Jesus Christ, our Risen Lord, wields all power and authority be it in heaven or on earth. He is eager to respond to our prayers. His ears are always open to our supplications. Know that at the name of Jesus every knee should bend, in heaven and on earth and under the earth. Know also that every tongue should confess that Jesus Christ is Lord, to the glory of God the Father. (Phili.2:10-11).

With this firm belief, be in prayer. May Jesus Christ bless us all. May the Blessed Sacrament protect us from every evil. May the body and blood of Jesus be our daily bread and healing medicine.

Daily Consecration to the Holy Ghost

Total Consecration to Jesus through Mary Day 28 of 33