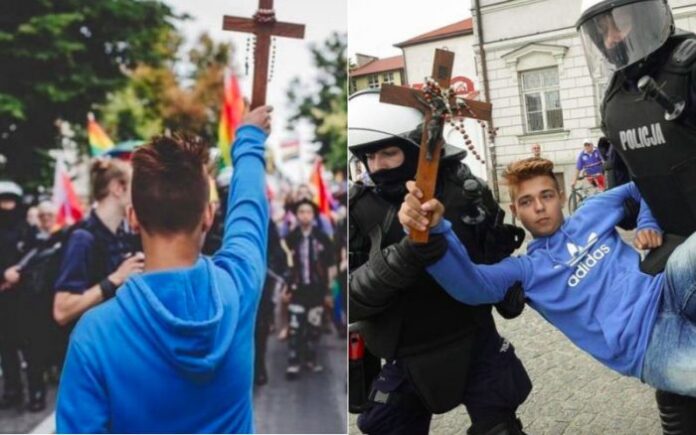 I am sure the first two words of the  title would have  confused you. You might be tempted to  presume that  this is an article about  something else. No, this is about homo sapiens. The definition  of homo sapiens  goes like this: ‘Homo sapiens is the binomial nomenclature for the human species’.  The literal meaning of the  Latin term is “the wise human” or “the clever human”. Yes, it is  about us. We are  wise and  clever, or  at least  we are expected to be so. The reason why I add a caveat here is that  these are times when  thousands of those who   belong to the homo sapiens species do not exhibit the basic trait  demanded from them, viz wisdom.

Do you remember any other word starting  with these   alphabets? In  an advanced   dictionary you can find  hundreds of  such words. The striking feature common to them is that  in  most of those words the  prefix ‘homo’ comes with a meaning  of  ‘same, similar or identical’.  But in  the rest of the group ‘homo’ refers to ‘human race’. Do you think it is an inconsequential and inadvertent   mistake committed by  somebody who invented the  word? No, it is supposed to be  so  because  human race is unique. They are endowed with the most precious  faculty of wisdom, which is a replica of  God’s own  character!

If we are wise, we should  act wise.  If we act foolish, we better skip  ‘sapiens’ from our name and be contended with ‘homo’. But then it is a prefix which cannot stand by its own.  We need to  add something to it to get a meaningful word.  It can be homocentric, homogeneous, homologous and the like. The list is not exhaustive. In fact  I am yet to mention the most frequently used word starting with ‘ homo’.  But unfortunately that  word is  opposite to sapience. This article  is about  a folly  by that name, which men and women who think they are wise commit.

We should  confine this article  strictly to what our Lord said, what the  Catholic Church teaches. We are not  concerned about  stray voices of  folly coming from individuals, however high they are in  hierarchy. Our  commitment is to the Word  and not to the  world. Individuals can have their own opinions. Whether to follow them   and  end up in darkness or  take the right path of the Word  to light is a decision each one  of us have to take personally.

With this  introduction, we are going straight to the book  of Genesis. ‘And they  called to  Lot, ‘Where are the men who came to  you tonight? Bring them out to us, so that we may know them’ (Gen. 19:5).  In Biblical parlance, knowing is used at many places   to connote ‘knowing sexually’.  This is  evident from  the verse that  follow  where Lot  told them about  his two daughters who  had not ‘known a man’.  All those who came to Lot’s door were homo sapiens  sans sapience. The scripture testifies that   ‘ the men of the city, the men of Sodom, both young and old, all the people to the last man, surrounded the house of Lot. What did they want? They wanted to  have  sexual relation with   those two  angels, who appeared like  two young men to them.  Incredible but true;  the whole city has gone mad.  Lot  and family were  saved  from Sodom, but the lot of Sodom was   rain of sulfur and fire  from heaven!

Later, Lord the God of Israel warned them; ‘You shall not lie with a male as with a woman: it is an abomination'( Lev. 18:22). ‘None of the daughters of  Israel  shall be a temple prostitute; none of the  sons of Israel shall be a temple  prostitute'( Deu. 23:17). In spite of the warnings from heaven  such abominations  did happen in Israel.  After  Sodom  it was  Gibeah. In the Book of  Judges, we read about an old man who gave shelter to a  Levite and his  companions at his house. Then  ‘the men of the city, a perverse lot, surrounded the house, and started pounding on the door’ demanding  him to  bring out the Levite so that they may have intercourse with him.  In the end  we see their city  completely destroyed and its residents – all belonging the the tribe of Benjamin- put to death.  Only six hundred of them  could escape the punishment.  Folly  of  a  ‘perverse lot’ from Gibeah  almost  annihilated the tribe of Benjamin.

Paul the Apostle was  straightforward when  speaking about this abomination; ‘Do not be deceived! Fornicators, idolators, adulterers, male prostitutes, sodomites, thieves, the greedy, drunkards, revilers, robbers –  none of these  will inherit the kingdom of God’ (1 Cori.6:9). So it is clear.   Be wise to enter the  kingdom of God.  Elsewhere, Paul singles out one   from among the long list of  sins that  would  make us ineligible for the kingdom of heaven. Let us read from his letter to the Romans: ‘Therefore  God  gave them up  in the lusts of their  hearts to  impurity, to the degrading of their bodies among themselves, because they exchanged  the truth about God  for a lie and  worshipped and served the creature rather than the creator, who is blessed for ever! Amen.  For this reason God gave them up to degrading passions. Their women exchanged natural intercourse for unnatural, and in the same way also the men, giving up natural intercourse with women, were consumed  with passion  for one another. Men committed shameless acts with men and  received in their own persons the due penalty for their error’ ( Rom. 1:24-27).

We started with  the Book of Genesis and it is fair to end with the Book of Revelation. Like Paul, John also testifies that  certain categories of people are excluded from  heaven.  ‘Outside are the dogs and sorcerers and fornicators and murderers and idolators, and everyone who loves and  practices falsehood’ ( Rev. 22:15). Bible is all about the salvation of  humankind, but in the end we  are surprised to read that a dog will not enter heaven!  Do animals other than dog enter heaven? We know, the question itself is absurd. To get the meaning of  ‘dog’ we should go to  the Book of Deuteronomy 23:18. There  the Hebrew word  ‘dog’ is  translated as  ‘male prostitute’!

Now we should examine what the Church teaches us.  It is  good to start with the Catechism of Catholic Church.

‘Homosexuality refers to relations between men or between women who experience an exclusive or predominant sexual attraction toward persons of the same sex. It has taken a great variety of forms through the centuries and in different cultures. Its psychological genesis remains largely unexplained. Basing itself on Sacred Scripture, which presents homosexual acts as acts of grave depravity, tradition has always declared that “homosexual acts are intrinsically disordered”. They are contrary to the natural law. They close the sexual act to the gift of life. They do not proceed from a genuine affective and sexual complementarity. Under no circumstances can they be approved’ ( CCC 2357).

‘The number of men and women who have deep-seated homosexual tendencies is not negligible. This inclination, which is objectively disordered, constitutes for most of them a trial. They must be accepted with respect, compassion, and sensitivity. Every sign of unjust discrimination in their regard should be avoided. These persons are called to fulfill God’s will in their lives and, if they are Christians, to unite to the sacrifice of the Lord’s Cross the difficulties they may encounter from their condition’ ( CCC 2358).

This is  the unchanging teaching of Catholic Church. Nobody can ever change or modify it, because it is rooted in the  Scripture.  If anybody challenges it, it simply means that  he/she is  challenging the  Church. As late as 2003, at the direction of Pope John Paul II, Cardinal Joesph Ratzinger (later Pope Benedict XVI)  as the head of Vatican’s Congregation for the Doctrine of the Faith issued unambiguous instructions about  Church’s approach towards this particular aspect of human life.

“Respect for homosexual persons cannot lead in any way to approval of homosexual behaviour or to legal recognition of homosexual unions. The common good requires that laws recognize, promote and protect marriage as the basis of the family, the primary unit of society.  Legal recognition of homosexual unions or placing them on the same level as marriage would mean not only the approval of deviant behaviour, with the consequence of making it a model in present-day society, but would also obscure basic values which belong to the common inheritance of humanity. The Church cannot fail to defend these values, for the good of men and women and for the good of society itself” .

“Not even in a remote analogous sense do homosexual unions fulfil the purpose for which marriage and family deserve specific categorical recognition. On the contrary, there are good reasons for holding that such unions are harmful to the proper development of human society, especially if their impact on society were to increase,” the document asserts.

After going through these  paragraphs, there should not  remain any doubts in the minds of Catholics as to  what is wrong with a man lying with a man or a  woman lying with a woman. More important we should identify the  lies that certain vested interests both within and  outside  the  Church are spreading about this abomination which is condemned from Genesis to Revelation.   If it was a sin at Genesis and if it will be a sin at Revelation, how can it be made  acceptable  in between?

Before conclusion, let me bust a lie spread by those who support this abomination. They will come with all sorts of arguments  claiming that  homosexual tendency is innate and  irreversible.  Nothing is far from truth. It can be cured as evidenced  from thousands of men and women who got healed  from this disease which once affected their souls. The remedy they used was  trusting  in Jesus Christ who  is able to save  those who come to  him.  Let us remember that  Jesus Christ is alive  even today.

Let me  conclude  with a verse from  the  letter to the Hebrews; ‘Consequently  he is able  for all time to save  those who approach God  through him, since  he always lives to make intercession for them’ ( Heb. 7:25). This is what  Catholic Church teaches too. ‘Homosexual persons are called to chastity. By the virtues of self-mastery that teach them inner freedom, at times by the support of disinterested friendship, by prayer and sacramental grace, they can and should gradually and resolutely approach Christian perfection ( CCC 2359).

Be true homo sapiens with sapience. Wisdom will lead  us to our Saviour Jesus Chrsit and he will  save us.

Thursday Devotion – Every Thursday Is Dedicated To The Most Blessed...

An Act of Spiritual Communion

Particular Practices of This Devotion

Passion Of Christ Strengthen Me