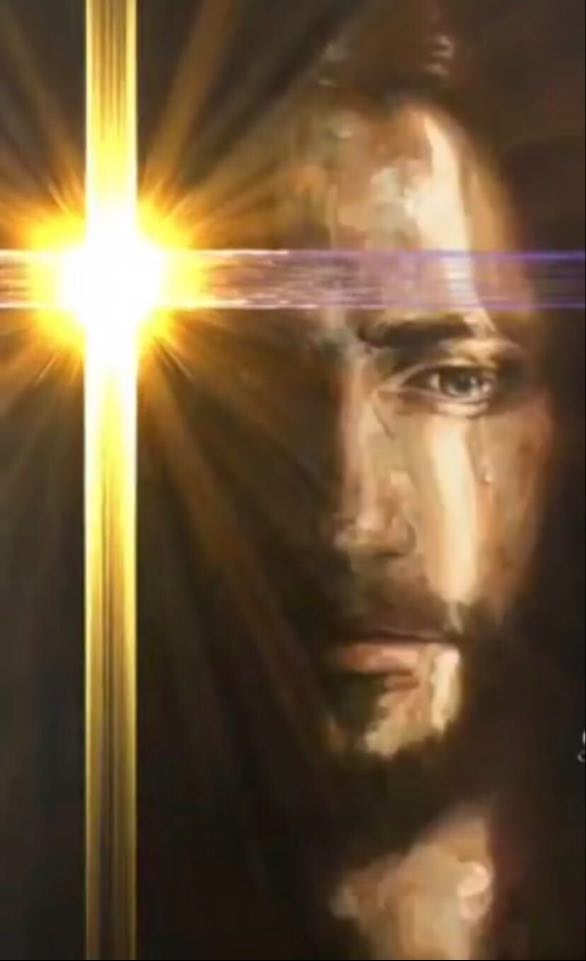 Beginning with the Marian messages at LaSalette on September 19, 1846 and continuing to this very day, Jesus and the Blessed Virgin Mary have revealed to numerous visionaries and mystics throughout the world an upcoming “Warning” or “Purification” for all of humanity. During this prophesized worldwide Warning-Purification, it is said that each person on earth will have their souls spiritually illuminated in such a way that they will see themselves as God sees them; it will be a personal, private revelation between each person and God. We will see the damage that we have caused our souls and our relationship with God because of the sins that we have committed (most presumably those that have not yet been forgiven through the Sacrament of Confession). Many believe that this Warning will be similar to the “particular” judgment that each person goes through immediately after dying, when each person is shown all of the events and actions in one’s life, as in a detailed biography (shown like a movie) of ones life, with special attention paid to our love for God and how we treated others.

We are living in the time of Mercy. The Warning has been delayed, but it is coming…..

“I am prolonging the time of mercy for the sake of sinners. But woe to them if they do not recognize this time of My visitation” [Diary of St. Faustina, # 1160]
Since the prophesies of a worldwide Warning (and afterwards a promised Miracle and also a conditional Chastisement or Punishment) have been occurring for well over a century, some have justifiably wondered in this regard why all these prophecies have not already come to pass, as for example in the messages of Our Lady of Good Success which mentions that some of these events will occur in “the twentieth century,” and similarly, the Marian messages to Father Gobbi which also seemed to warn that these events were to occur at the end of the twentieth century. [Message #389]

Yet, while this prophetic Warning and the events following it have not yet occurred, the reader should not think that they are not forthcoming. Thanks to the prayers of the Blessed Virgin Mary and also the prayers and sacrifices of the faithful, the time of the Warning-Purification, Miracle and possible Chastisement have been thus far delayed. To St. Faustina, Jesus stated, “I am prolonging the time of mercy for the sake of sinners. But woe to them if they do not recognize this time of My visitation.” [Diary of St. Faustina, # 1160]

In the Blessed Mother’s messages to Fr. Gobbi, She stated “Many times have I intervened in order to set back further and further in time the beginning of the great trial, for the purification of this poor humanity, now possessed and dominated by the Spirits of Evil” (#553)
And again to Fr. Gobbi She reveals:  “… thus I have again succeeded in postponing the time of the chastisement decreed by Divine Justice for a humanity which has become worse than at the time of the flood. (#576).

Concerning the “Warning”, what is expected to come will be a natural and/or supernatural event(s) on a worldwide scale, which will affect humanity as a whole, similar in scale for example to Noah and the great flood. And while it can be a natural event, for it to serve a spiritual purpose of converting people and bringing about repentance, it will initially been seen and interpreted by the masses as a event and a sign coming directly from God, and not just an event coming forth from natural causes. However, it had been predicted that soon after the great worldwide Warning, scientists, government agencies and others throughout the world will try to convince the peoples that it was merely a very significant natural event, stemming from natural sources and circumstances.

The prophesised Chastisement-Punishment is conditional
And it must be remembered also that while the prophesied Warning and Miracle are not conditional, the Chastisement that may follow them is, or at least it may be greatly lessened. We see that while for example the Church approved messages of the Blessed Virgin Mary at Akita have spoken of a chastisement, it is important to make note of the conditional form in which the heavenly message is made: “As I told you, if men do not repent and better themselves, the Father will inflict a terrible punishment on all humanity” [3rd message of the Blessed Virgin Mary at Akita, Japan, October 13, 1973, anniversary of the final visions and miracle of Fatima]. Thus it is important to realize that the prophesied Chastisement or “Punishment” can be mitigated, delayed, lessened or perhaps even all together averted through the sincere repentant prayers of those who experience the Warning and Miracle, and will afterwards repent, pray and make sacrifices and reparation to God during the time afterwards.

I believe that the time until the Warning was prolonged up to this point because of the mercy of Jesus, the prayers of the Blessed Virgin Mary, and the prayers of all good, sincere people, most especially the victim souls, appointed by God, who are currently living in the world.. Once again at the Church approved apparition of the Blessed Virgin Mary to Sr. Agnes Sasagawa in Akita, Japan on August 3, 1973 our Blessed Mother said:
“In order that the world might know His anger, the Heavenly Father is preparing to inflict a great chastisement on all mankind. With my Son I have intervened so many times to appease the wrath of the Father. I have prevented the coming of calamities by offering Him the sufferings of the Son on the Cross, His Precious Blood, and beloved souls who console Him forming a cohort of victim souls. Prayer, penance and courageous sacrifices can soften the Father’s anger….”

So by this Church approved Message of the Virgin Mary, we can see that Chastisements/Purifications can be mitigated through prayer.

In other words, much of what will happen depends upon us, as the Blessed Virgin Mary indicates through Fr. Stefano Gobbi (1930-2011): “These evils can be avoided by you; the dangers can be evaded. The plan of God’s justice always can be changed by the force of His merciful love. Also, when I predict chastisements to you, remember that everything, at any moment, may be changed by the power of your prayer, reparation and penance. [January 21, 1984]

We should recall in the Holy Scriptures how Jonah was sent to Nineveh to preach a warning and a message of repentance to the very sinful people of that city, boldly preaching “Forty days and the great city of Nineveh will be destroyed”. To their great credit, together the Ninevites fasted and repented of their sins and “When God saw what they did, how they turned from their evil way, God repented of the evil which he had said he would do to them; and he did not carry it out”. [Jonah 3: 1-10]

While on the other hand, in fervent prayer Abraham had asked God to spare Sodom and Gomorrah if just ten good persons could be found in the city. God responded by promising “For the sake of the ten just persons I will not destroy it”. They were not found, and God then destroyed the two cities that were completely full of wicked persons, after having led Abraham’s nephew Lot and his family out of the city. [Genesis 18: 16-33]. The lesson in Scripture is that God’s anger can be lessened or even mitigated by calling upon His infinite mercy through sincere repentance and prayer. So let us repent of our sins, make reparation, and pray that we might endeavor to be among the just people that the Lord is pleased to see upon the earth at this time! And also we should remember that God does everything out of love, because “God is love.” [1 John 4:8] Whatever is to happen in the future, we can be sure that God will be arranging everything for the good of humanity and for the salvation of our souls.

To Saint Faustina Kowalska Jesus said: “In the Old Covenant I sent prophets wielding thunderbolts to My people. Today I am sending you with My mercy to the people of the whole world. I do not want to punish suffering mankind, but I desire to heal it, pressing it to My Merciful Heart. I use punishment when they themselves force Me to do so; My hand is reluctant to take hold of the sword of justice. Before the Day of Justice I am sending the Day of Mercy.  [Diary of St Faustina, #1588]
—————————————————————-
“I have been able to hold back the chastisement because of the prayers and sufferings of many of my children.” (The Blessed Mother to Fr. Stefano Gobbi, December 31, 1977, #142)

“The times will be shortened, because I am Mother of Mercy, and each day I offer, at the throne of Divine Justice, my prayer united to that of the children who are responding to me with a ‘yes’, and consecrating themselves to my Immaculate Heart.” (The Blessed Mother to Fr. Gobbi, September 29,1995, #553) 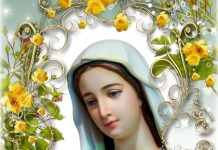 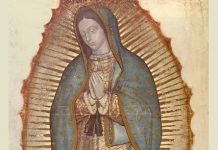 An Act Of Reparation For Offenses Against The Blessed Virgin Mary

Novena to the The Holy Spirit: Day 2

Consecration Of Family To The Sacred Heart Of Jesus

Total Consecration to Jesus through Mary Day 17 of 33

Messages From Our Lady Of Garabandal