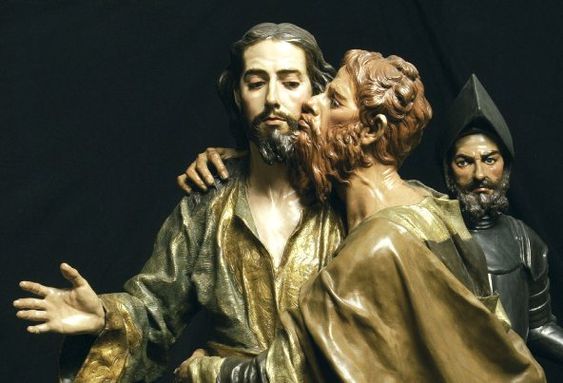 The Holy Bible in its opening chapters  narrates how the  devil engineered the first     deception in history. Deception is one of the  basic traits  of the devil. When we come to the  final chapters of  the  Bible, we see  the  nature and style of the devil’s   deception undergoing a big change, the reason being  his  knowledge that the  time  permitted for  him is coming to an end. ‘Woe to the  earth and  the sea, for the devil has  come down to you, with great wrath, because he knows that his time is short’ (Rev 12:12).

The devil has great ambitions. ‘ I will ascend to  heaven; I will raise my throne above the stars of God; I will sit on the mount of assembly on the heights of Zaphon; I will ascend to the tops of the clouds, I will make myself like the Most High’ (Isa 14:13-14). Though his ambitions are great, he has only a short time to   work for it. He is engaged in a fierce battle to  capture as many  souls as possible during this short period. The Church teaches us about the  ultimate  deception that we have to   face in the  end days, in relation to  the Antichrist, who works for  Satan.

‘The persecution that accompanies her pilgrimage on earth will unveil the “mystery of iniquity” in the form of a religious deception offering men an apparent solution to their problems at the price of apostasy from the truth. The supreme religious deception is that of the Antichrist, a pseudo-messianism by which man glorifies himself in place of God and of his Messiah come in the flesh ( CCC 675)

Those who  fall for this deception that is  going to be  unveiled  before the second coming of  Jesus Christ, will  have to pay  dearly for it. The price is nothing but  apostasy, the act of  rejecting true faith, which is essentially  the rejection of  Jesus Christ, who himself is truth. He has told us in plain words; ‘I am the  way, the truth, and the life’.

We should know that the  greatest  temptation  of  the end times will be the  temptation to  reject Christ. The master brain behind this  strategy is Antichrist, who in turn is  controlled by the devil, the  author of all lies. John the Apostle sheds more light  on their activities and  their modus operandi. ‘Many deceivers have gone out into the world, those who do not confess  that Jesus Christ has come in the flesh; any such person is the   deceiver and antichrist!’ (2 Jn:7).

We know a false prophet who appeared centuries  after Jesus and claimed that Jesus was just another   prophet like him and that Jesus was never  the Son of God.  We were warned  sufficiently early  about this  deception.  John writes; ‘They went out from us’ (1 Jn 2:19). It was a warning from  the apostle that a time will come when evil forces will present Christ and  everything  he  stood for  upside down. We know that  after a few centuries from this prophecy, this  false teaching about  Christ’s divinity spread across the globe, many times with the  help of sword.

John continues:  ‘Who is the  liar but the one who  denies that  Jesus is the Christ? This is the antichrist, the one who denies the  Father and the Son’ (1 Jn 2:22). See, how clearly  the apostle gives us warning about the philosophy of the  followers of Antichrist! The spirit  that guides those who deny the  divinity  of  Jesus, and the  truth that  Jesus is the Son of God  is the  same spirit that guides the antichrist. John has a few words  of caution for us when such people approach us. ‘Do not  receive into  the  house or welcome anyone who comes to you and  does not  bring this teaching (ie. true gospel)’ (2 Jn. 10).

But do we follow this wise advice from the apostle who was  blessed to  have the  visions of   future events leading upto the  great day of the Lord? We  welcome the sons of the antichrist into our  houses and our institutions with  open  arms. Deception being part of  their personality, they exploit our goodwill and  generosity, and  finally lay their hands on our children too. The sons of  Antichrist use the  supreme religious deception that ‘all is one’ to entice the children of  God into denying  Jesus Christ and to make them worship a false god created by a man for the fulfillment of his lustful desires and greed.

Let us be careful. Let us  teach our  children  to be  strong in belief. Those wolves, who work for the antichrist will appear in sheep’s clothing to deceive and trap the  flock of God. Let us  pray  that none of our children  value momentary pleasures above  eternal bliss and  act like ‘Esau, an immoral and godless person, who sold his  birthright for a single meal’ (Heb 12:16). It is easy to  renounce  one’s right, but  very difficult to regain it as it became clear in the  case of Isaac’s elder son.  ‘You know that later, when he wanted to inherit the blessing, he was rejected,  for he found no chance to repent, even though he sought the blessing with tears’ (Heb 12:17).

It is time to be vigilant against  the ‘supreme religious  deception’ that tempts  us to forsake  Jesus Christ, the  fountain of living water, and dig cracked cisterns that can hold no water’ (cf. Jer 2:13).

Let us pray; ‘O Lord, give us the   wisdom to discern the  teachings of ‘false prophets, who  come to us  in  sheep’s clothing but inwardly are ravenous wolves.  Help us to  know them  by their fruits.  May all your children overcome his deception and  reach the  safe shores of  eternal life. Amen.’l 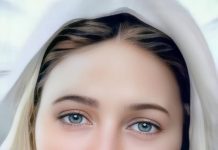 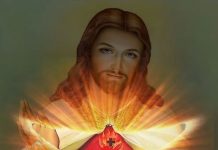 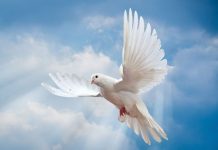 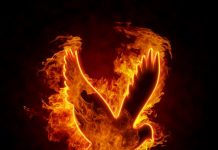 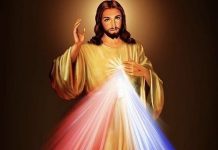 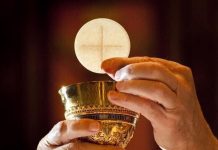 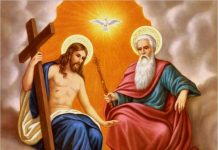 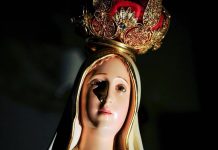 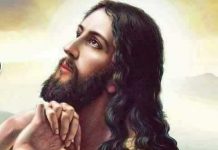 Prayer For Protection Through The Precious Blood Of Jesus Christ

The vision of Pope Leo XIII

AN HOUR WITH JESUS